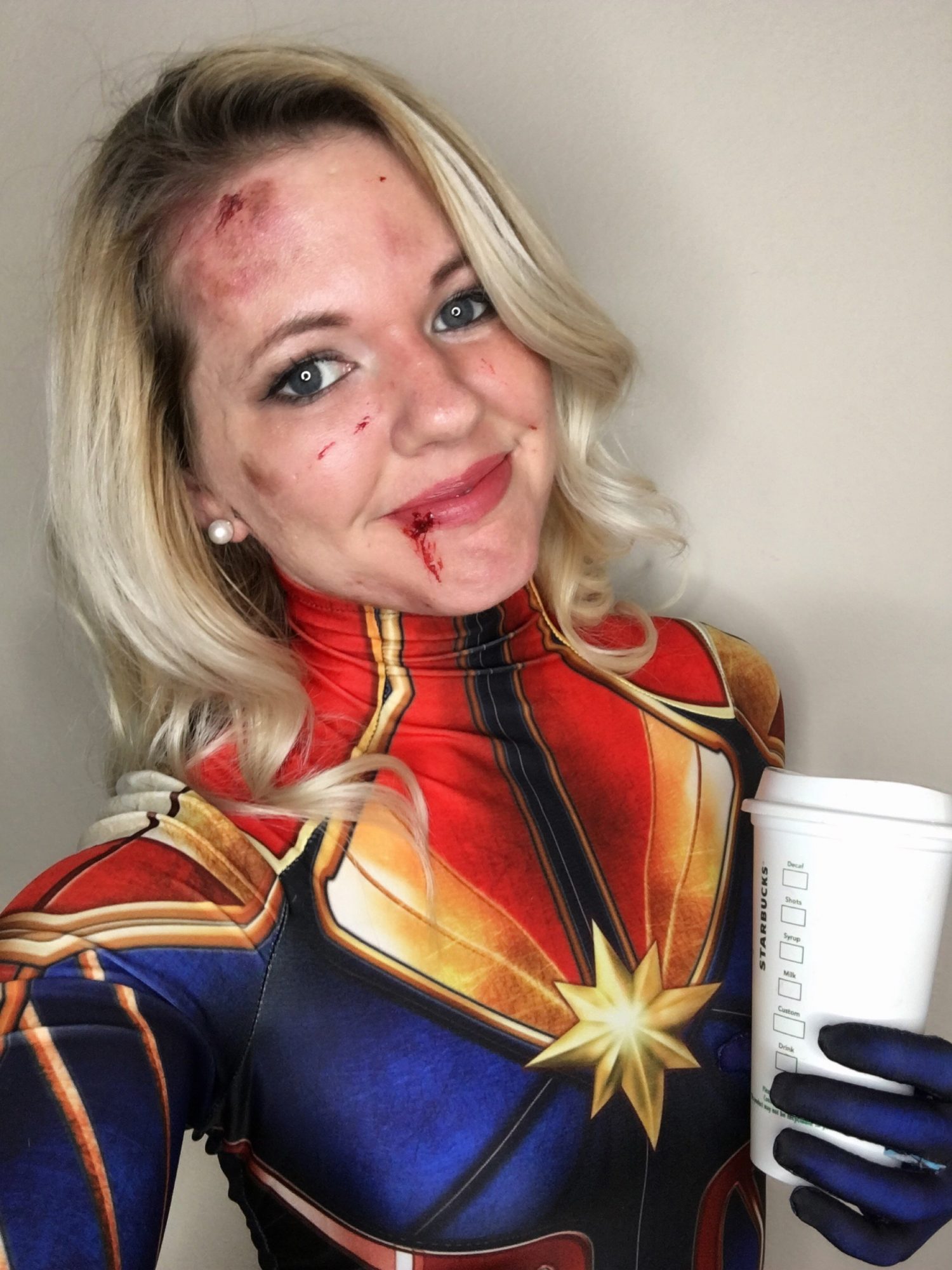 My fandoms are Harry Potter, Marvel, DC, Disney, and all things ’90s. I do a mix of closet cosplays, cosplay suits, and cosplay builds. When I’m not cosplaying, I’m running my business, cuddling my pug, and working on my writing.

Favorite Character: Harry Potter. The sass is what gets me!

Favorite Book (as of 2020): You by Caroline Kepnes 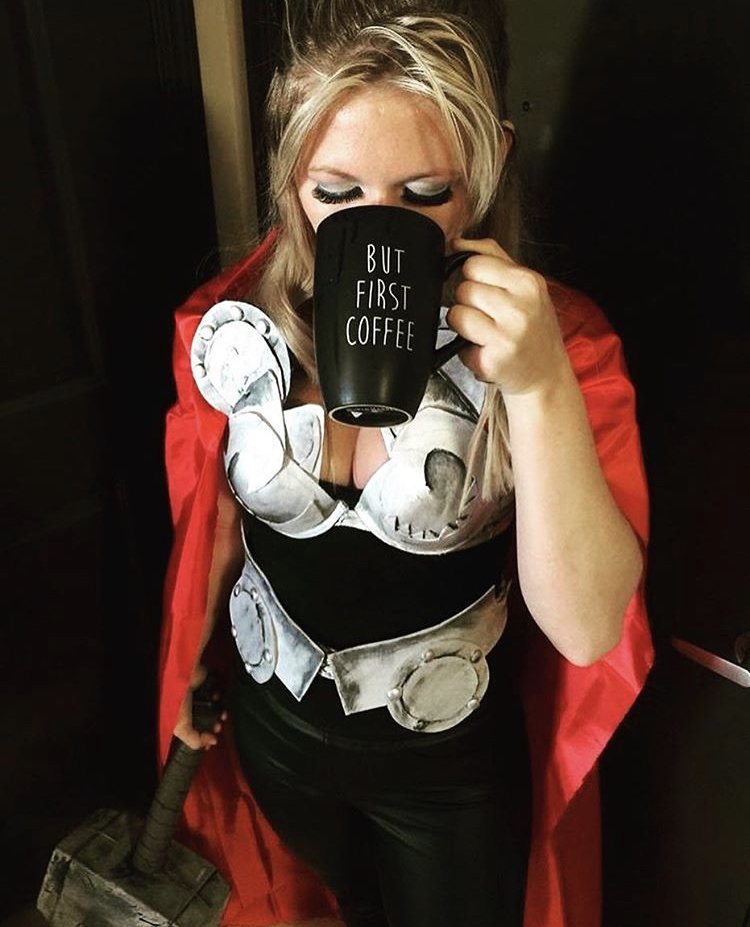 It was May 2016, and I had just graduated college. My sister and I were visiting our hometown and she asked me if I wanted to go to Megacon Orlando that weekend.

I had been writing for an entertainment publication for a year at this point, so I was vaguely aware of cosplay. For some reason, my sister was a little surprised when I said, “Uh, yeah!” and we went back to my Orlando apartment that same weekend, scurrying to put together some kind of cosplay.

Stepping into your first comic-con is unlike anything you’ll ever experience. It’s almost on par with going to Disney World for the first time. It’s equal parts overwhelm and excitement. It’s a little chaotic, but it’s adrenaline that fuels you for the entire 6-10 hour convention.

I was hooked instantly. I started writing about cosplay for work, but then decided to create my own website specifically for cosplayers and cosplay fans.

Which is where you are right now. 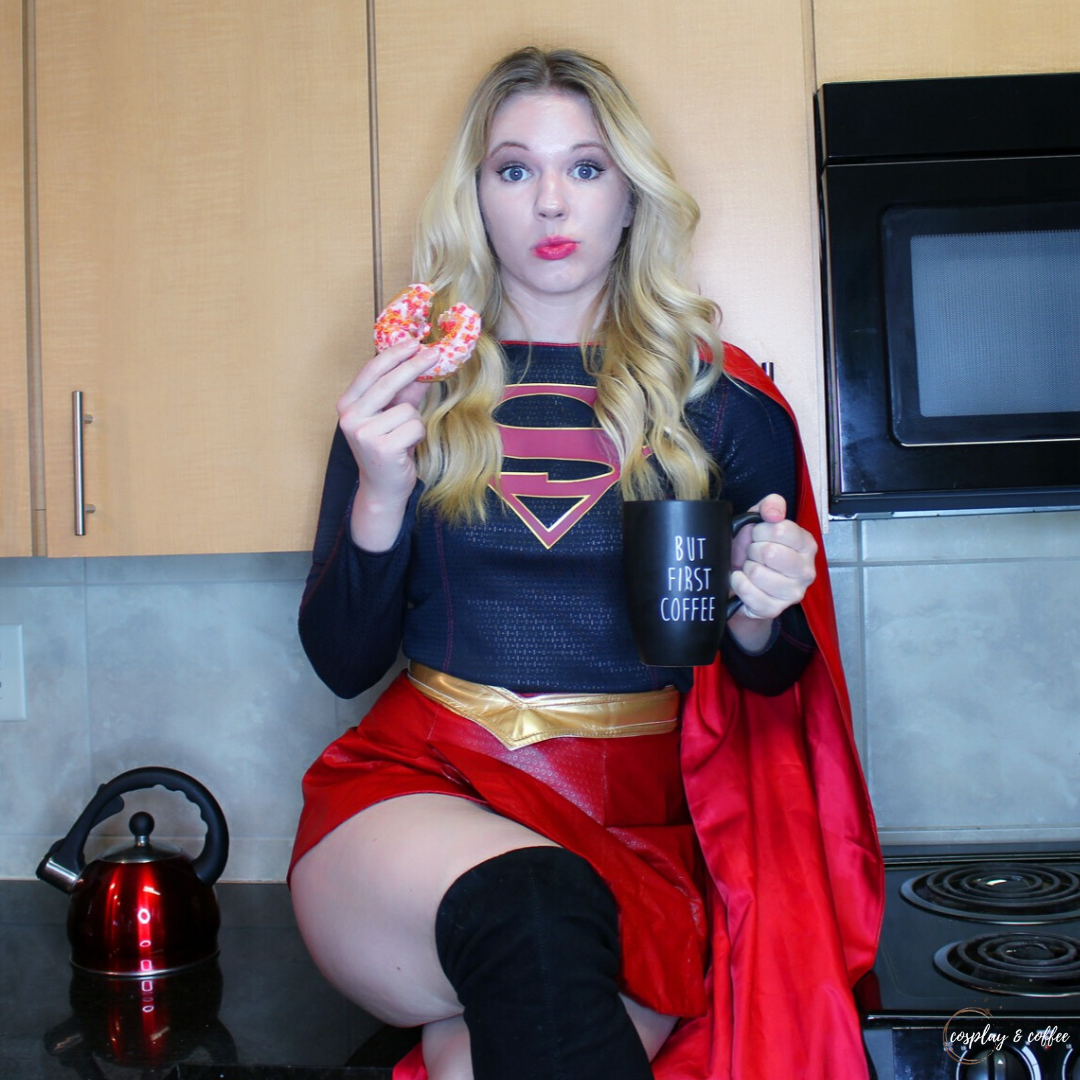 That lasted about a year before I decided I wanted Cosplay & Coffee to be my own space.

While I still host conversations with cosplayers over coffee, now you’ll find tutorials, eBooks, and my own take on cosplay and the community from my point of view!

We use cookies on our website to give you the most relevant experience by remembering your preferences and repeat visits. By clicking “Accept All”, you consent to the use of ALL the cookies. However, you may visit "Cookie Settings" to provide a controlled consent.
Cookie SettingsAccept Allll The Cookies 🍪
Manage consent