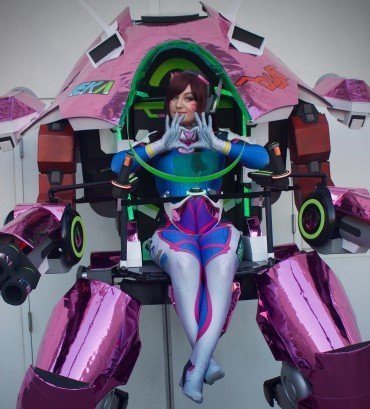 This past weekend, I kicked off the 2017 convention season with a first time trip to Anime Los Angeles (ALA), which, ironically, is not located in Los Angeles, but in Ontario, California. Though the convention is smaller than other Southern Californian conventions such as WonderCon or Stan Lee’s LA Comic Con, it nonetheless drew a large cosplaying crowd to the weekend event. I must admit that after a bad experience at San Diego Comic Con last summer, I now dread attending a convention for the first time in cosplay. If you’re like me, you probably read up on the experiences of other cosplayers at a particular convention before you sign up to wear a catsuit for fourteen hours. 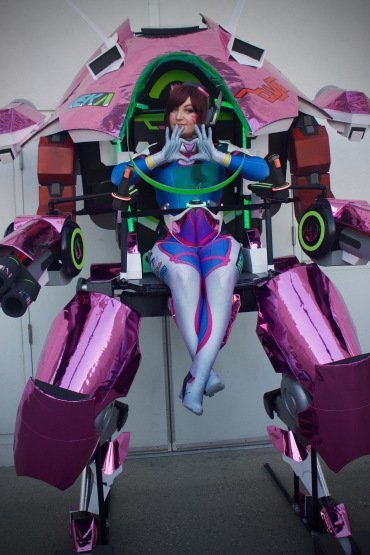 The Collected Mutineer and I have long griped that most cons don’t have cosplay repair areas, meaning that you take up space in the restroom (much to the annoyance of other attendees) while you haphazardly and hurriedly safety pin your costume together. This wasn’t a worry at Anime Los Angeles, however. ALA had a large room in the convention center dedicated to cosplay repairs, complete with supplies for the stressed out attendee in costume. It was brought to our attention by @simbakun and @rockyrants_cosplay during their “Cosplay On A Budget” panel. 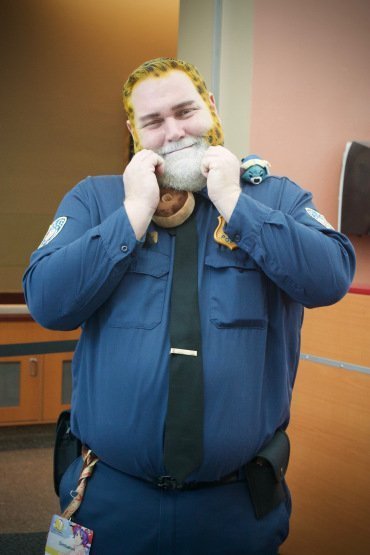 At ALA, there were several panels devoted to cosplay on each of the three days. Cosplay repair, cosplay culture, cosplay on a budget–if cosplay is your thing, ALA won’t disappoint you. Over the three and a half days of the convention, there were nineteen panels devoted to cosplay. And that doesn’t count all the people in the hallways and exhibition areas standing around in cosplay, talking about cosplay.

And this brings me to my final point:

3. ALA is very cosplay friendly. 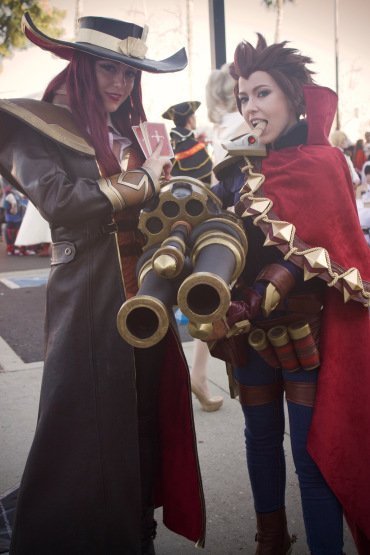 I know that interest in cosplay has exploded in the last few years and that cosplaying attendees are the majority rather than the minority at some of the smaller conventions. However at Anime Los Angeles, it seemed that everyone was in cosplay. And because of that, the overall ‘vibe’ of the con was very positive for cosplayers.

I’ve got a long, complicated history with conventions and the unspoken “cosplay is not consent” rule. Upon first arriving at the convention, it was very reassuring to see 6-ft displays bearing those exact words. Especially when I noticed that other cons *(cough* SDCC *cough*)  don’t have such signage in the convention areas. The signs were very much a good indication for the weekend, which passed by without a single issue for me while I was in costume.

In fact, the convention ejected and banned a man for taking photos of another attendee without permission. It’s a strong stance, and one that all cosplayers (particularly ones under the age of 18) can appreciate. I know I did. No one took my photo without permission. No one had “grabby hands.” Everyone was polite and respectful, making my first experience a great one.

I highly recommend Anime Los Angeles if you’re a Southern Californian cosplayer, or want to attend an anime-oriented convention with your family.

Have you been to ALA? Let me know your thoughts in the comments!

END_OF_DOCUMENT_TOKEN_TO_BE_REPLACED

END_OF_DOCUMENT_TOKEN_TO_BE_REPLACED
We use cookies on our website to give you the most relevant experience by remembering your preferences and repeat visits. By clicking “Accept All”, you consent to the use of ALL the cookies. However, you may visit "Cookie Settings" to provide a controlled consent.
Cookie SettingsAccept Allll The Cookies 🍪
Manage consent