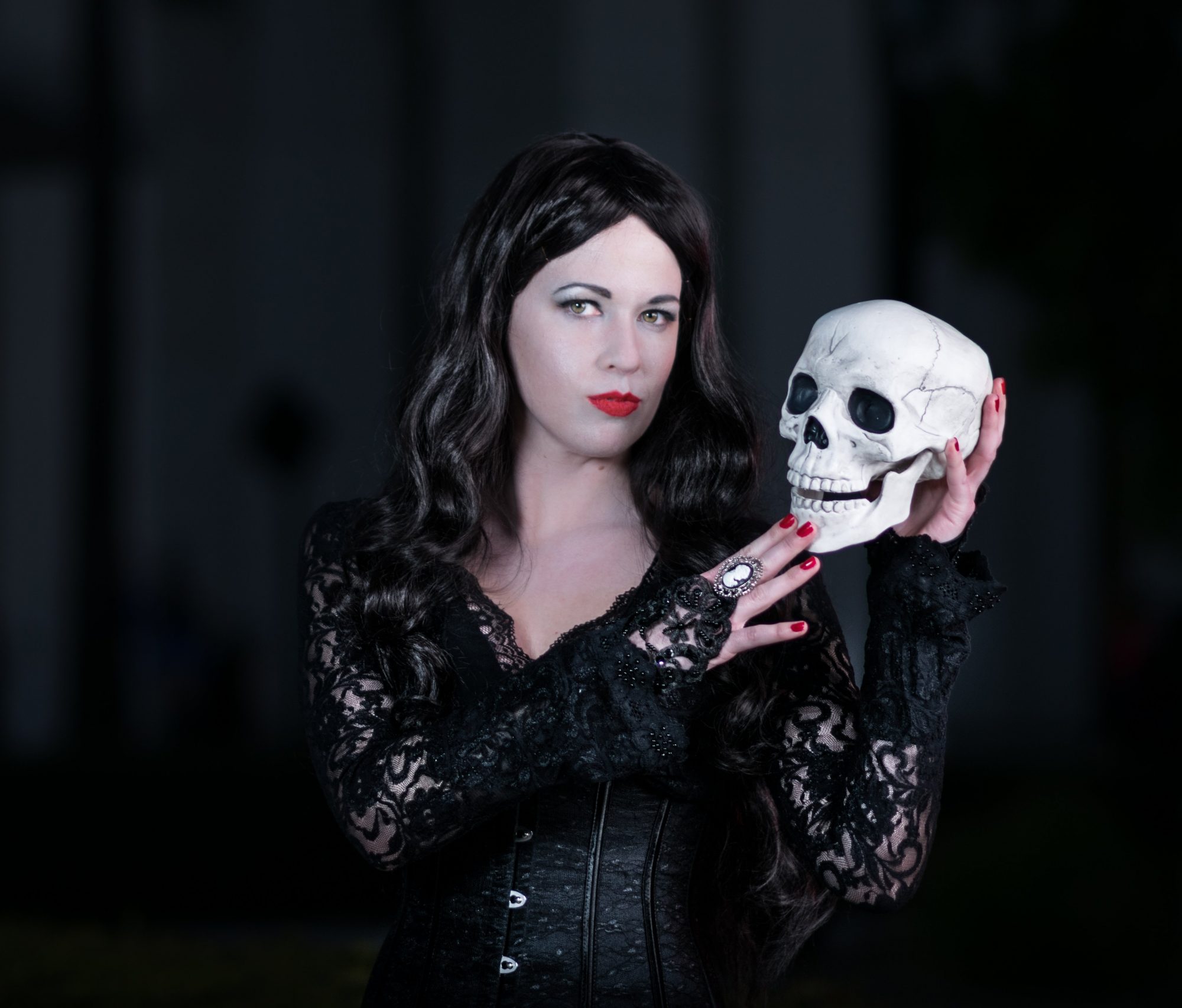 Welcome to the second in a series of TEN interviews, each featuring one of Cosplay & Coffee’s official Instagram page models! Each of these girls offer incredibly well-crafted and stunning cosplays, so here is your chance to get to know them a little better.

Today we are featuring another one of our gorgeous Instagram page models, The Collectress, or K. You can find her on Instagram @collectresscosplay or you can see her geek it out on The Collective Blog. She’s a writer, cosplayer, and die-hard  Black Widow fan all rolled into one. 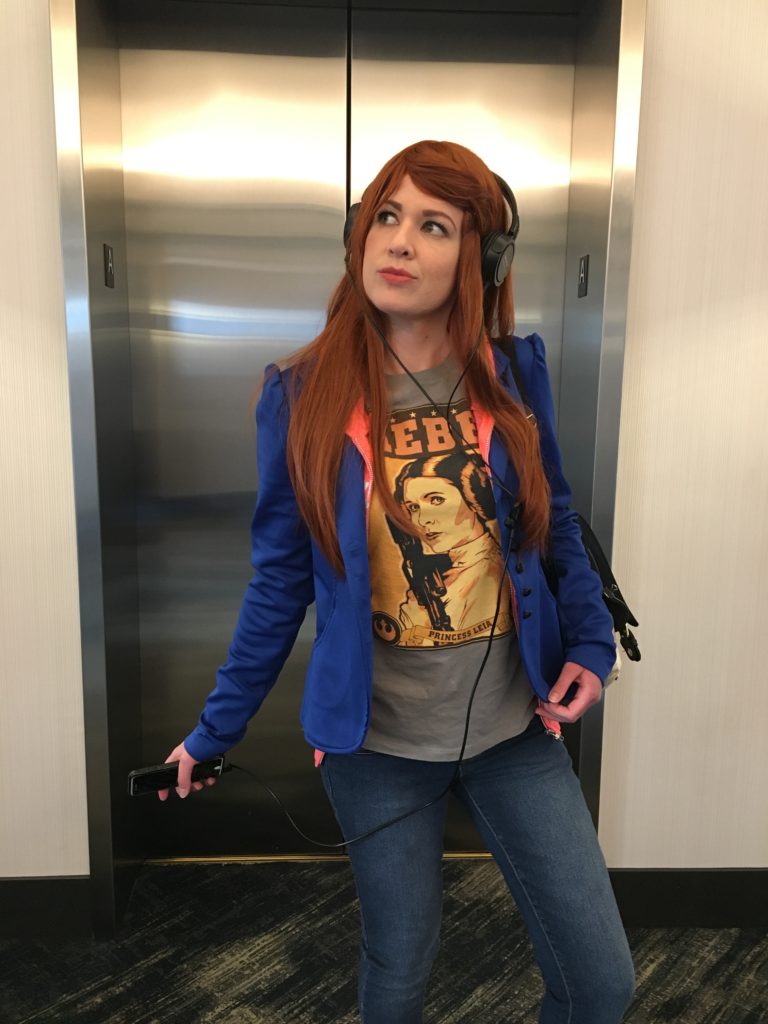 Cosplay&Coffee: You’re a writer; How did you get into writing and what is something you hope to publish?

K: I started seriously writing during my freshman year at university. I was bored in class and started scribbling in the margins of my notes. Later, it became the framework for my first novel…which has never seen the light of day. I’ve improved much since then; I’ve had a short story published and have won a few prizes/awards for my short stories and scripts. The dream, though, is to publish a novel set in a dystopian future a la Nineteen Eighty-Four, The Handmaid’s Tale or Brave New World.

Cosplay&Coffee: What cosplay do you want to do, but you’re too afraid to try?

K: I would love to be Mystique from the first X-Men film, when Rebecca Romijn wore only blue body paint and stickies. I keep telling myself that someday I’ll summon the courage to be naked and blue.

Cosplay&Coffee: If you could dye your hair any color, what would it be?

K: Before I started seriously cosplaying, I changed my hair almost every other month. My favorite, though, was a black and purple ombre.

K: At a panel, I once heard Tara Cosplay describe a man who pinched her thigh and slid a dollar into her garter because she was dressed as a Saloon Girl Harley Quinn. The audacity and complete disrespect of that man astounds me. I’m thinking of making a sign to carry around conventions that reads “Please do not touch or photograph the cosplayers without permission.” Cosplay does not equal consent. If you want a photo, just ask!

Cosplay&Coffee: Where have you traveled?

Cosplay&Coffee: Being a Californian, have you met any celebrities?

K: I’ve seen a few in California, but never really “met” them. I actually had more interaction with celebrities when I lived in London. I interviewed Felicia Day once (we took selfies; it was awesome) and I was about six inches away from Robert Downey Jr. at the Avengers: Age of Ultron premiere in London. I was dressed as Black Widow, and a little boy was standing next to me dressed as Captain America. RDJ came right up to us, said hello, and spent about 5 minutes chatting with the little boy. It was the most adorable thing I’ve ever witnessed.

Cosplay&Coffee: What do you hope to achieve as a cosplayer?

K: World domination. Just kidding! (Mostly). Actually, the dream is to publish a novel, so when I go on my book tour, I can be dressed in cosplay at every event I attend. Also, I’d really like to attend more conventions in other countries, especially Australia. I follow so many amazing Australian cosplayers, such as Americosplay and Jaclynmay_cosplay, and I would really like to meet them!

Cosplay&Coffee: What is your favorite book/film and why?

K: My favorite book and favorite film are actually one and the same: The Lord of the Rings. I’m a Tolkien nerd, and spent most of my undergraduate/graduate work writing about Middle-earth. My dad used to read The Hobbit to me as a child, and later The Lord of the Rings, and it started a lifelong obsession. I really should do more LotR cosplays, now that I think about it.

Cosplay&Coffee: When did you learn about cosplaying?

K: When I first stumbled into the abyss of Pinterest, I think. There are so many cosplay ideas on Pinterest! Cosplay tutorials, cosplay mashups, cosplay fanart…it was impossible to resist.

Cosplay&Coffee: And I have to ask: how do you take your coffee?

K: With a wee bit of sugar and plenty of almond milk!

Be sure to follow The Collectress on social media. See her links and her cosplay gallery below ?

END_OF_DOCUMENT_TOKEN_TO_BE_REPLACED

END_OF_DOCUMENT_TOKEN_TO_BE_REPLACED
We use cookies on our website to give you the most relevant experience by remembering your preferences and repeat visits. By clicking “Accept All”, you consent to the use of ALL the cookies. However, you may visit "Cookie Settings" to provide a controlled consent.
Cookie SettingsAccept Allll The Cookies 🍪
Manage consent