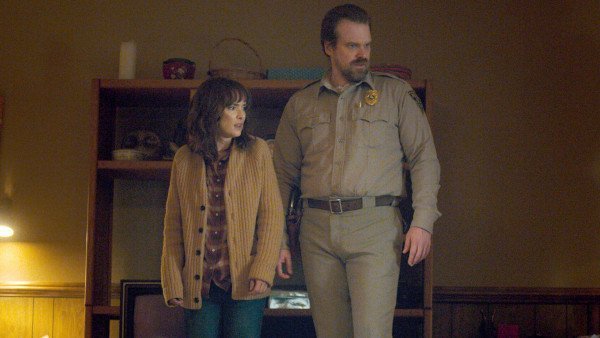 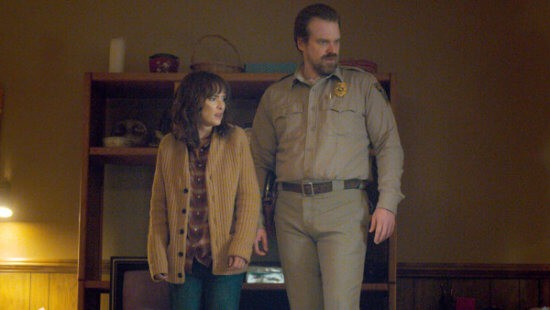 The budding relationship between Joyce Byers and Jim Hopper has – almost – been confirmed.

This past weekend, David Harbour (Hopper) and Noah Schnapp (Will Byers) of the Stranger Things  cast had a packed house during their Q&A session at Tampa Bay Comic Con. It was during this session that Harbour all but confirmed that a romantic relationship will blossom between his character, Hopper, and Joyce (Winona Ryder) in season 3 of Stranger Things.

At the panel, a couple of bold fans asked the stars about the upcoming season. One attendee in particular asking if there were going to be any scenes with Will and Eleven (Millie Bobby Brown) together in season 3. Schnapp’s immediate response was to say that he can’t spoil anything, but “hopefully” there will be more scenes between these two core characters.  Without giving anything away, Harbour reluctantly followed up with this response:

“One of the great things about the show is that I think you as fans influence the show tremendously. So the pairings that you want to see… the writers are very conscious of that and I think that the fandom has spoken on a lot of different things. And so I think you’ll see pairings that you want to see, like Will and Eleven and different things like that.”

However, the fans at this panel were relentless, and further pushed the show’s stars to divulge more about on-camera pairings. Another fan asked the duo if Hopper and Will  will spend any time together in season 3. This seemed to stump Harbour who stumbled a bit before answering,

“I mean— look. Let’s just put it this way. Hopper and Eleven are there own little family. And then there’s Joyce Byers, Johnathan Byers, and Will Byers, right? And I just have a feeling that these two families… you know. Have a real affection for each other.” 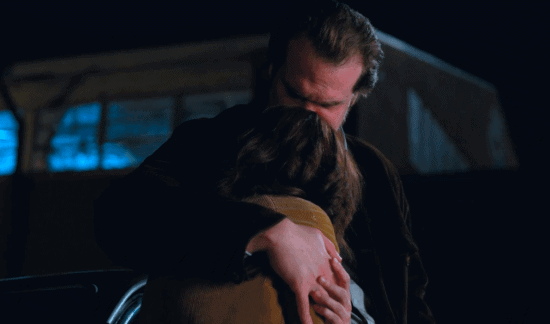 Harbour made a hand gesture that simulated that the two families would be merging together, which was met with an uproar from the audience. When asked if he was referring to Joyce and Hooper, Harbour only said that he “didn’t know” and that those two characters, collectively, have a lot of problems.

“They’ve got a lot of ego, those two.” -Harbour at TBCC

Season 2 of Stranger Things  left audiences stunned with the death of Bob (Sean Astin), Joyce’s boyfriend. However, the obvious chemistry between Joyce and Hopper made it seem like his death was inevitable. In fact, during the same panel at Tampa Bay Comic Con when Schnapp was asked about the deaths on the show, he said that he thinks that Bob was “meant to die.” This revelation alone eludes to the alternative storyline where perhaps Joyce and Hopper end up together.

Another long-awaited relationship came full-fledge at the end of last season when Mike and Eleven shared their first kiss at the school dance. A new relationship for both Eleven and Hopper could set an early tone for a content summer setting, which is a divergent scenario from how the two started in season 2. That being said, it will be interesting to see how these two families come together to fight off whatever monster the group is likely to face in season 3. 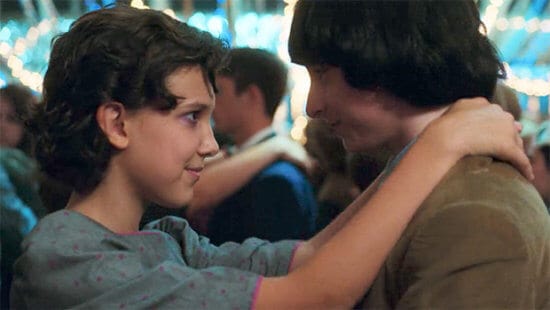 And to sum up the assumption that Joyce and Hopper will end up together next season, Harbour left the guests at the Q&A session with this final tease,

“I don’t want to give anything away, but all I will say is, you know, I think they’ve (Joyce and Hopper) clearly had some kind of relationship when they were in high school. …And you know, they clearly are sort of upset with each other; as many people who have deep feelings about each other can sometimes be. And so you know, I root for them as well. And as I said, I think you’re going to see a lot of fun stuff in season 3 that you guys  want to see.” 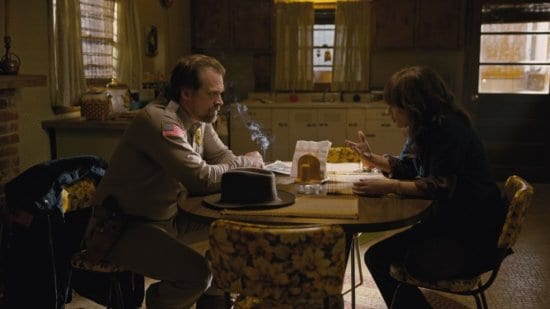 Stranger Things Season 3 is set to premiere next Summer 2019.

END_OF_DOCUMENT_TOKEN_TO_BE_REPLACED

END_OF_DOCUMENT_TOKEN_TO_BE_REPLACED
We use cookies on our website to give you the most relevant experience by remembering your preferences and repeat visits. By clicking “Accept All”, you consent to the use of ALL the cookies. However, you may visit "Cookie Settings" to provide a controlled consent.
Cookie SettingsAccept Allll The Cookies 🍪
Manage consent