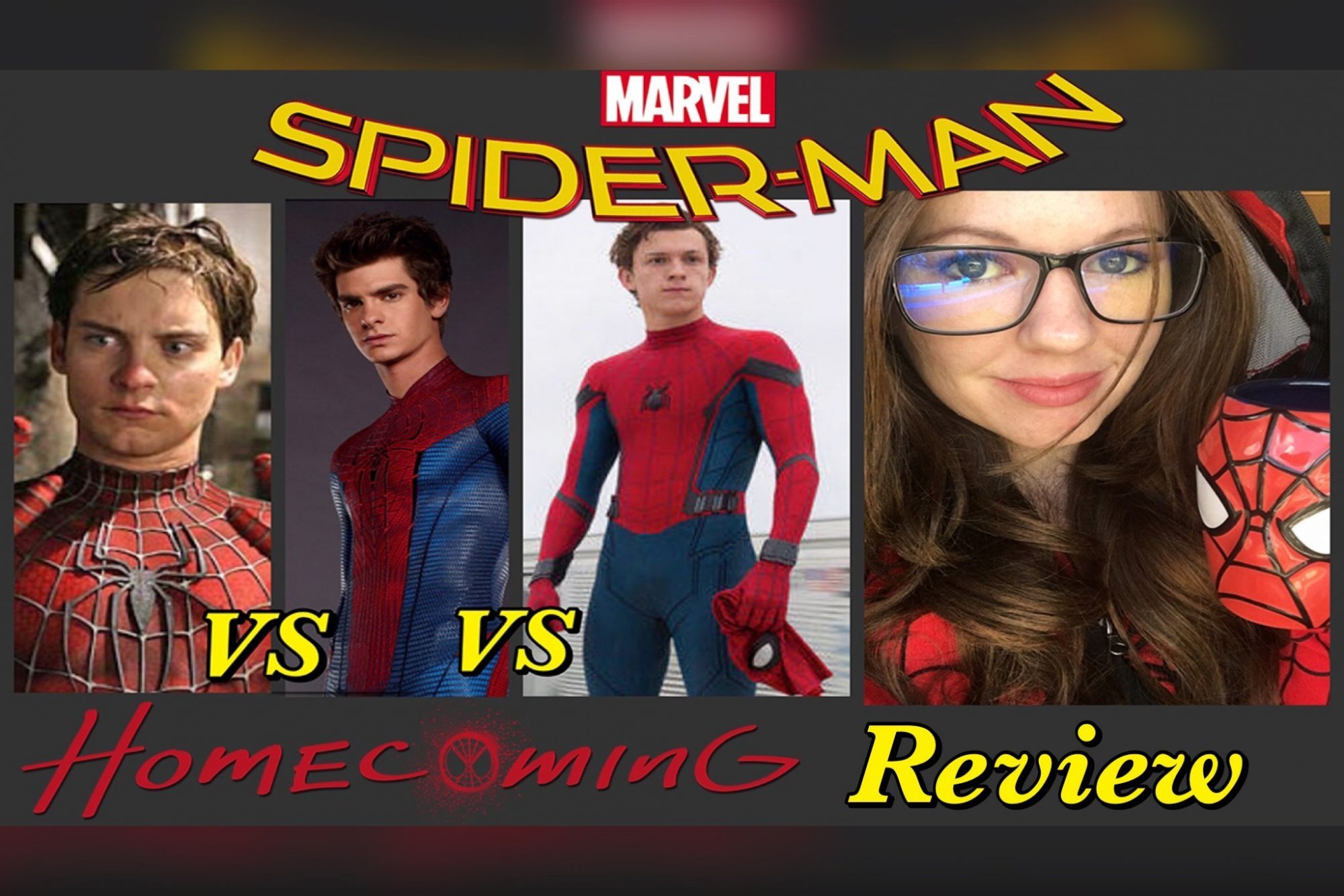 The Marvel Cinematic Universe (MCU) has been dishing out incredible superhero films for nearly a decade. After Robert Downey Jr.’s perfection as Iron Man, we were given Chris Hemsworth as the God of Thunder, and now we have Tom Holland as the brand-new Peter Parker. The anticipation for Spider-Man: Homecoming came barreling in after Holland’s entrance into the MCU in Captain America: Civil War in 2016. His execution of our friendly neighborhood hero has already been raved to be a Peter Parker straight out of the comics. And to those reports, I have to say: we were right.

I have to assume that entering Marvel’s gargantuan film phenomenon to be a intimidating experience for Holland, much in the same way Spider-Man’s inclusion with the Avengers may have been. In Spider-Man: Homecoming we can see Holland and Parker become one in the same. Previous installments of Spider-Man include Tobey Maguire in Sam Raimi’s monumental trilogy successes from the early 2000s and Andrew Garfield in a pair of slightly disappointing films in The Amazing Spider-Man. While Maguire’s portrayal of a timid Peter Parker was spot on (despite him playing a teenager while in his late 20s), Garfield’s interpretation of Parker came off uncharacteristically coarse (though he did make up for it by hitting the nail on Spider-Man’s sarcastic tone). In Homecoming, we can see that Holland is the first one that handles both personas with natural finesse. He molds well into the web-slinging hero to the degree that it’s hard to differentiate where Holland ends and Parker begins. He is able to bring authentic identities in and out of the million dollar Spidey suit constructed by Tony Stark. He’s charming, nerdy, and sarcastic tied into a gift-wrapped perfection of Spider-Man. In short, Tom Holland is the Spider-Man we’ve been waiting for.

Sharing the screen with the new-comer is Marvel veteran, Robert Downey Jr., who’s screen time is actually overshadowed by his right-hand man, Happy. Suffice to say, that Downey’s performance in Spiderman: Homecoming only compliments Holland’s actions in his unyielding determination to prove himself worthy of the Avengers. While Tony Stark’s appearance is kept at a minimal, he’s there in spirit as Parker’s every deciding factor seems to be focused on how to impress him. Though it isn’t surprising that Parker proves himself to Stark (we already know Holland will appear in the next Avengers: Infinity War, after all) by the end of the film, it’s safe to say that Tom Holland himself has earned his spot as an Avenger.

Entering the “bad guy” brigade of the film is headliner Michael Keaton, who flies in with a brand new villain by the name of Vulture. While Keaton’s demeanor as the villain was chilling and enigmatic, his backstory fell short with little to no explanation, until about half-way into the movie when we are given a glimpse into his destructive motives. Until this moment, his reasoning (and honestly, his ability) at becoming such a harsh adversary seemed unprovoked.The same can be said about his partners in crime: The Shocker and The Tinkerer. Their appearances hold heavy implications for upcoming Spider-Man films, but they only served as slight comic relief in this one (which seemed a little out-of-place considering their alternative motives).

Whereas the DC Universe took a step forward with bringing a woman superhero to the big screen with Gal Gadot’s monumental success as Wonder Woman, Marvel seems to have taken a step back. The female leads in Spider-Man: Homecoming fall short of anything stronger than a pretty face to look at. Zenyada’s (Disney’s Shake It Up) role as Michelle has been a highly coveted, yet anticipated role. While she can be complimented for replicating Allison from The Breakfast Club’s dark demeanor, her overall appearance in the film is slim to none, save her snarky remarks and unwarranted shots of her in the distance. On the same note, Peter’s Aunt May (played by Marisa Tomei) takes on a look much different than the previous Mays’ (Rosemary Harris and Sally Field). Her only contribution seems to be an attractive distraction, perhaps to distract some from the child-like tone that engulfs the majority of the film. At the same time, this Aunt May (often referred to as just ‘May’) doesn’t seem to be a strong enough character that can full-fill Peter’s support system. The third, and only other central female character, is Peter’s love interest who takes on the stale role of just that: a love interest. Hopefully we will see the female leads, primarily Aunt May, will take on a more prominent role in the two upcoming Spider-Man films.

To note on the overall tone of the film, it’s a bit too young adult for my taste. While the Iron Man series were able to find a happy medium between comedy, romance, and enthralling scenes, Spider-Man: Homecoming might be a put-off to anyone who prefers movies that are caked with grit and action. Disney has certainty left their mark on this film as a more family-friendly adventure so that it can hold a relate-able feel. However, this film doesn’t entirely throw action sequences to the wind, as one heroic scene in particular pays homage to the first Spider-Man installment and the final battle scene will satisfy action-hungry viewers. While the origin story of Spider-Man was nixed to put a unique spin on Peter Parker’s story (and rightly so), we get to see the internal struggle of a fifteen year-old science student, whose education and social life take a backseat to the opportunity to join Stark’s “internship” and potential entrance to mixed-matched team of superheroes.

If I were to rate this film, I would give it an overall 3.5 out of 5 (half off for being too Disney-esque and one off for the lack of female star power). However, the star himself, Tom Holland would get 5 out of 5 stars. Heck, Holland is a perfect 10.

END_OF_DOCUMENT_TOKEN_TO_BE_REPLACED

END_OF_DOCUMENT_TOKEN_TO_BE_REPLACED
We use cookies on our website to give you the most relevant experience by remembering your preferences and repeat visits. By clicking “Accept All”, you consent to the use of ALL the cookies. However, you may visit "Cookie Settings" to provide a controlled consent.
Cookie SettingsAccept Allll The Cookies 🍪
Manage consent