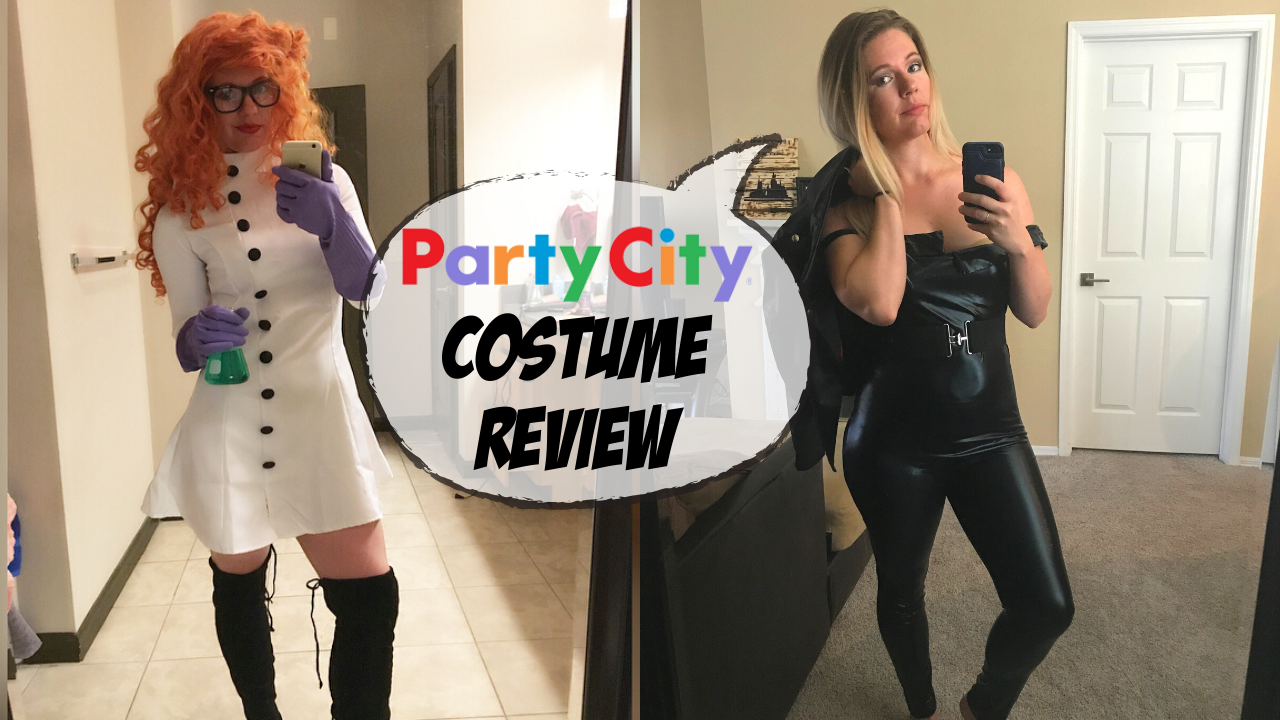 Halloween just ended which means one thing to cosplayers:

This time of year outshines the rest by a mile; discounted props, makeup, and costumes will forever be my preference over Black Friday shopping. Not all cosplayers are fond of this shopping technique… and for good reason. Halloween store products tend to be on the lower end of the quality scale.

But since I have no shame as to where my cosplays derive from, and because I know not everyone has the time and resources to make full-blown cosplay masterpieces, I wanted to test out these costumes. Specifically from Party City.

Below is a recap of the YouTube video I made. Right now (November 2019) Party City costumes are only like $25 so I say stock up while you can! You never know when that cheap corset will come in handy.

Has anyone else purchased costumes from Party City? What are your thoughts? Tell us in the comments below!

This is the dress I used for my Dexter’s Laboratory cosplay. The package only came with the suit and the goggles. I thought the goggles would be great for a Quidditch cosplay, but they broke right out of the bag.

The dress itself was tailored nicely. I love the way it flares out slightly at the bottom and the zipper in the back makes for easy wear. However, the material itself is not comfortable (kind of scratchy). It’s not forgiving at all and the arm seam actually ripped the first or second time I put it on (you can see the footage in my video). 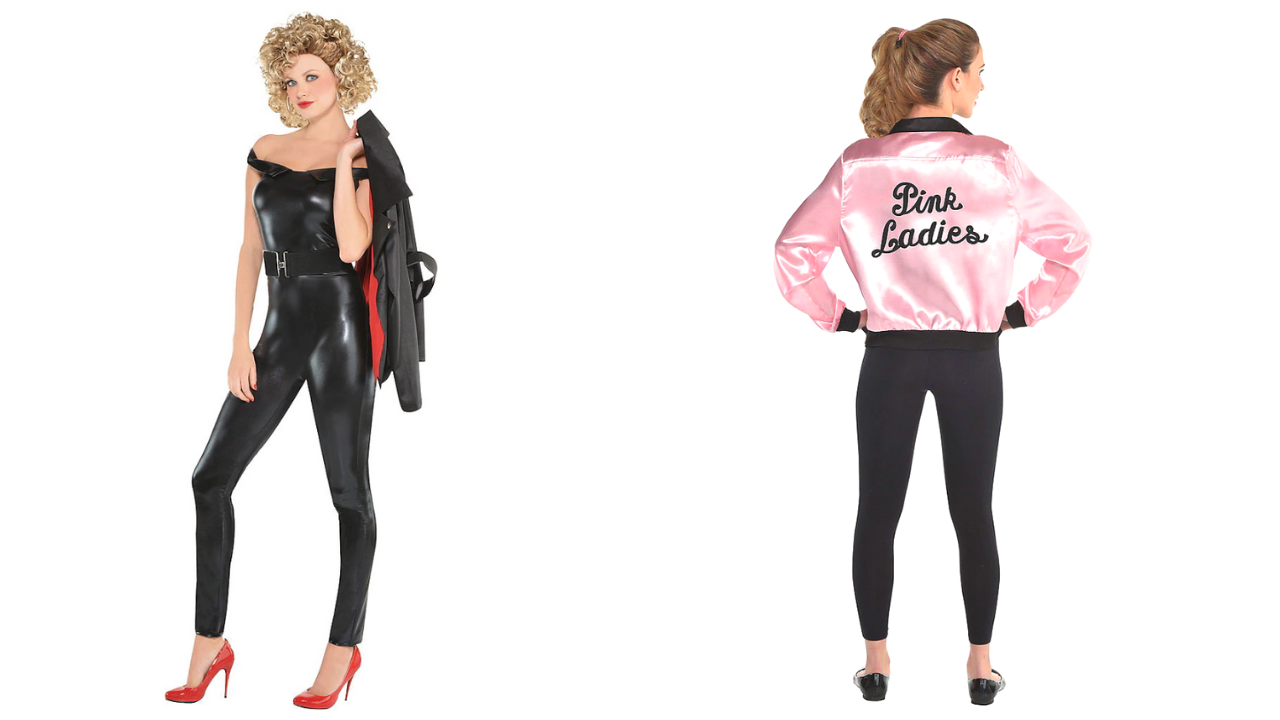 As I mentioned in the video, the only reason I bought these costumes is because I was drunk shopping. We were going into Target and right next door, the BOGO Party City sign was screaming at me. So I stumbled in.

Having always wanted to try on the Sandy “Greaser” end scene look, the $10 costume presented itself as the perfect impulse buy. And because it was buy-one-get-one-free, the Pink Ladies jacket hanging on the adjacent rack seemed fitting.

Sandy Bodysuit: 1/5 ☕ The material is loose and tight at the same time. It’s made out of a shiny plastic material and looks bad from all angles. Not gonna lie… I was pretty sad that I couldn’t rock the Sandy look.

T-Bird Jacket: 5/5 ☕ Although I haven’t worn it out yet, the jacket looks super cute and covers up most of the embarrassment that is the bodysuit. I’ll probably even use it for a few front end shots of closet cosplays I have in mind. Follow me on Instagram if you want to stay updated!

Belts: 5/5 ☕ This $10 costume came with 2 belts which I can use for other cosplays and even in daily wear! I’m actually really excited about them.

Pink Ladies Jacket: 4/5 ☕ The jacket is silky and comfortable, but you can that it isn’t made from the best fabric. It tends to get hot very quickly and you’ll probably have to steam it any time you wear it.

Scarf and Leggings: 1/5 ☕ Did you see the video? Oooh boy, they are not pretty.

Thoughts About Getting Cosplays From Party City

Overall, I would recommend getting cosplays from Party City. As long as you’re not spending more than $40 per piece, I’d say it’s worth it. If anything, just for the random accessories that could come in handy. Just be sure to get the costumes well before Halloween when you can catch a deal. Anything over $50 (the standard pricing point around August-October), and I would advise you to just make your own or look on Amazon.

END_OF_DOCUMENT_TOKEN_TO_BE_REPLACED

END_OF_DOCUMENT_TOKEN_TO_BE_REPLACED
We use cookies on our website to give you the most relevant experience by remembering your preferences and repeat visits. By clicking “Accept All”, you consent to the use of ALL the cookies. However, you may visit "Cookie Settings" to provide a controlled consent.
Cookie SettingsAccept Allll The Cookies 🍪
Manage consent