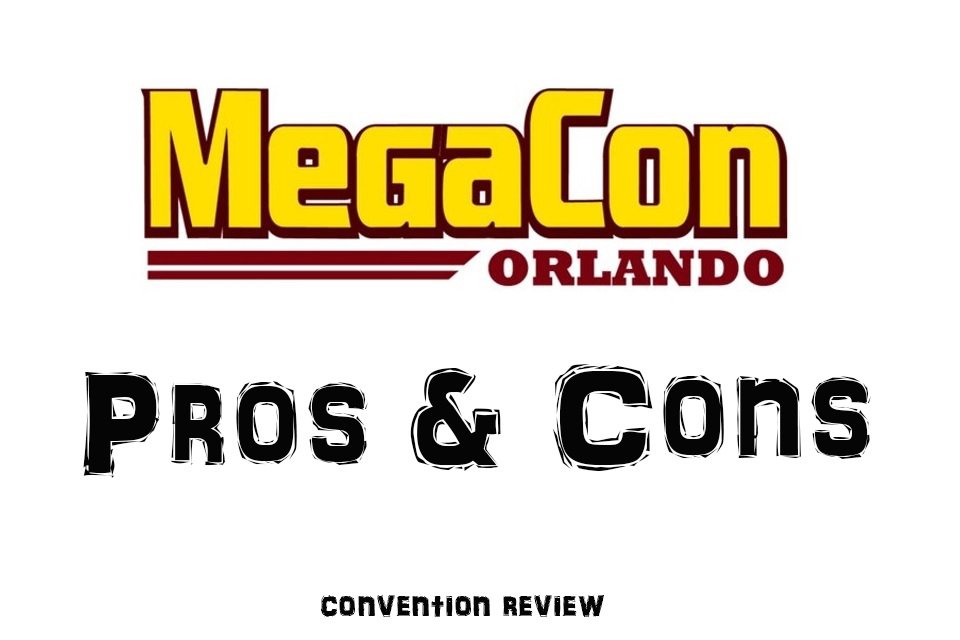 To be transparent: I have only been in the cosplay milieu since May 2016. MegaCon Orlando 2018 marked my 2-year cosplaying and convention anniversary. Since then, I have only been to a handful of Florida conventions, so I can’t claim to be an expert on the ins and outs of how conventions are run. Especially in comparison to those who have been in this community years longer than I have.

On that note, I still consider MegaCon to be one of the biggest and Must-See conventions on the East Coast. This convention has always been a welcoming and fun experience for me, and it is always my most anticipated convention of the year. So in case you were wondering if there was any bias in this review, there you have it.

That being said, everyone has a different experience when they go to these conventions, and this year, I felt it was important to keep that in mind as I roamed the convention halls. With this thought in my back pocket, I was able to compile what I hope to be a helpful MegaCon Orlando Review: the Pros and Cons.

Dragoncon is the only other major convention that I’ve attended, and to be honest, MegaCon holds a candle to it. When I tell people that my first convention was MegaCon, the typical response is, “Oh, you’re spoiled. You went to one of the best cons your first time!”

So here are some of the Pros from MegaCon 2018:

There’s no arguing this one. Didn’t you see my other post? MegaCon had the ULTIMATE COSPLAY LINEUP. Anyone you could have asked for was there: Yaya Han, Alyson Tabbitha, freakin’ Jessica Nigri. They had their own separate photo opportunities (and you could still just go up to their booth to meet them), they hosted panels, and they were at the After Parties. We literally could not have asked for a better lineup. It was incredible to see that cosplayers (two in particular) had lines wrapping around the convention. These people are the inspiration at the heart of this community and it was amazing that they were all able to come together to this one event.

I’m not going to lie– I was a little disappointed in the variety of small artist exhibitors at MegaCon this year. For those who have seen my YouTube videos, you know that I have a wall of art that I collect from conventions. This year, there seemed to be less local artist vendors, so I didn’t buy much art to add to my collage.

However, I don’t consider this a Con because 1. it saved my wallet, and 2. they made up for it in Artist Alley. This route was littered with some of the most well-known comic artists in past and recent years. J. Scott Campbell, James C. Mulligan, Jamie Tyndall– you name it. You could meet them all and even get signed prints of their cover art! I was truly amazed to see how much talent MegaCon shoved into just one section of this convention.

I wrote a post on the site Geeky Gimmicks about the impressive organization the staff portrayed at the Celebrity Photo-Op sessions that I attended. It seems that MegaCon Orlando has a knack for hiring a team of individuals who genuinely enjoy working these conventions as much as we as cosplayers like attending them. This tactic is a sure-fire way make any convention experience the best it can be.

Have you ever been a con where the building just seemed…dirty? Or old? It can ruin the vibe and the overall integrity of a convention if it’s not held in the proper venue. MegaCon Orlando has been held at the Orange County Convention Center for years. And it’s one of the best in the country. It brings together the light-hearted atmosphere that a convention should be. Plus, this place is huge. There is plenty of room to sit down (and not just on the floor), square-footage for multiple food vendors, and honestly just room to breathe. I think I speak for every cosplayer when I say that the plethora of chairs and tables are appreciated. 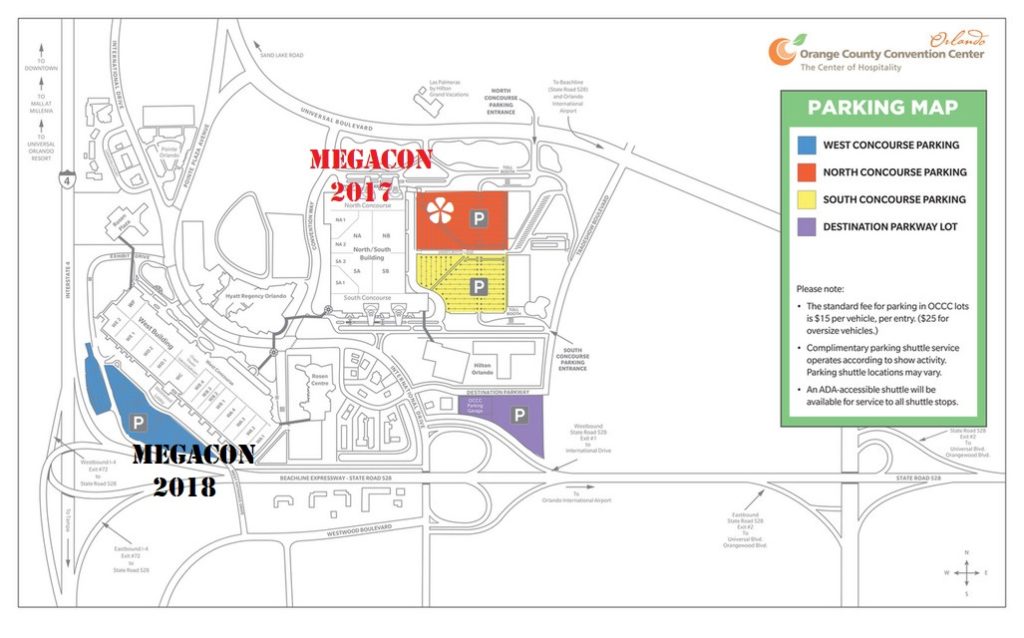 It’s easy to find the highlights of such a big convention, but no event that is on a scale as big as MegaCon will go without a hitch. These Cons might be a bit nit-picky, but that’s because I honestly had a great time! But here are just a few issues I acknowledged while attending this year’s event:

While the food options at MegaCon were both unique and bountiful, there were quite a few food vendors whose work pace was… casual. To put it nicely. I don’t know about other cosplayers, but after walking the convention floor for hours on end, taking pictures nonstop, and maneuvering heavy props, I whole-heartedly look forward to the moment I get to sit and eat. It’s honestly one of the biggest highlights besides getting coffee in the morning (and thank you, MegaCon, for providing SO many coffee options).

But when you have a line full of cosplayers who are already uncomfortable and probably hangry, you would think these food vendors would be putting the pedal to the medal- dishing out food as fast as possible to ensure they didn’t create a long line/wait time. However, that was not the case at this convention. Pretty much every day, I watched as my food was prepared at a leisurely pace with no consideration for those waiting in line, holding giant props or camera equipment. Needless to say, my patience ran thin and my appetite grew thicker with every hangry second.

As for the food quality– it was ‘ight.

As I mentioned, the OCC is gigantic. In fact, it’s separated into two different buildings. The North/South Concourse is wedged between Universal Boulevard and International Drive, while the West Concourse lies on the opposite side of I-Drive (see the above map for a visual). Because this convention center hosts some of the most populated events in the country, MegaCon isn’t always held in the same concourse. Personally, I find the North (where MegaCon 2017 was held) to be more accessible, with plenty of room for parking. However, this year MegaCon was held at the West Concourse.

That’s why the shuttle service implemented this year made it to the MegaCON list. Instead of being able to park and walk into the convention center, attendees had to wait for a shuttle bus to come and take us to the West building (the white * on my map shows where the shuttle picked us up, and the highlighted blue sector is where the convention was held). This process added minutes of travel time to the convention. And these minutes can be crucial depending on your panel schedule. On Saturday, the three minute drive took about twenty minutes just to get to the other side of the street!

Side note: The drivers (at least the ones on the shuttles I took) were extremely friendly, personable, and actually funny. The shuttles themselves were air-conditioned and roomy. It’s just the tedious act of having to take the shuttles that was less than ideal.

Vendors have a habit of packing up and leaving an hour or two before the convention actually ends on Sunday. While it’s 1000% understandable they want to go home after being behind a table for four solid days straight, it’s a bit disappointing to guests who typically use Sunday as the day to buy last minute merch or to get one last photo op with their favorite cosplayers.

What did you think about MegaCon Orlando? Tell us about your experience in the comments below!

END_OF_DOCUMENT_TOKEN_TO_BE_REPLACED

END_OF_DOCUMENT_TOKEN_TO_BE_REPLACED
We use cookies on our website to give you the most relevant experience by remembering your preferences and repeat visits. By clicking “Accept All”, you consent to the use of ALL the cookies. However, you may visit "Cookie Settings" to provide a controlled consent.
Cookie SettingsAccept Allll The Cookies 🍪
Manage consent