This Halloween weekend, Marie-Claude Bourbonnais will be making an appearance at Tampa Bay’s first ever MegaCon.  We had had the chance to interview Ms. Bourbonnais and talked cosplay advice and how to get started.

For those of you who don’t know her, Marie has been cosplaying for over six years and has a social media following of about 500K.  She is French Canadian cosplayer who is best known, not just for her glamourous looks, but because she is especially gifted at designing and hand-crafting every inch of her cosplays. Previously, Marie studied fashion design which led to her career producing garments and costumes including swimsuits, prom dresses, and pretty much any other costume designing outlet.

She started off modeling, but became well-known in the cosplay realm after the New York Comic-Con in 2010. Draped in blue latex as Sue Storm, Marie steadily grew into a professional cosplayer and is now known for her unique materials and high quality cosplays and props.

Cosplay & Coffee: How long have you been cosplaying?

Marie Claude Bourbonnais: I started cosplaying and attending conventions in 2010.

C&C: What was your first cosplay?

MCB: My first cosplay was Frost from Mortal Kombat. The pictures were a tribute to the video game that I loved as a teen. I had no idea what cosplay was at that time.  It was back in 2009.  People’s reaction to the pictures online made me search to understand why the pictures were so popular. This is how I discovered that dressing up as a character was called cosplay. I had never heard of it before.

C&C: What inspired you to start doing this?

MCB: When I discovered cosplay, I was already known to the public as a model, but nobody knew at that time that I had studied fashion design.  I had been sewing all my life and was already very skilled as a costumer. I loved Japanese anime, comic books and video games. Cosplay was bringing together all the things that I loved and I simply started making cosplay costumes and attending conventions.

C&C: Can you tell us a little bit about yourself? Are there any exciting projects that you’re working on now?

MCB: I now have my own workshop where I build costumes, props and sets for photoshoots as a full-time job.  I have been collaborating with some companies, like the table top game company Ninja Division, for many years.  It’s for this company that I made my two most impressive cosplay projects: two big fiberglass structures, Lug the Robot, (unveiled at Gen Con 2015) and Rachnera from Monster Musume (unveiled at Anime Expo 2016).

I manage everything in my company by myself, making the costumes and props, updating my website and online store, developing the products that I sell online, processing the orders, answering my mail, and even the accounting work for my company. So truth is, I have very little free time.  I like to watch anime when I can, most of the time before going to bed.  I travel when I’m a cosplay guest for a convention.  The rest of the time, you’ll find me in my workshop. I love my workshop. 🙂

Cosplay is still not very well known in the province of Québec, Canada, where I live, so it’s hard for me to share my passion with people around.  I’m working hard to make cosplay become more well-known in my province.

C&C:  Tell us about one special moment you had while cosplaying.

MCB: When we unveiled my fiberglass Rachnera cosplay during Anime Expo at Ninja Division’s and Seven Seas Entertainment’s booth, I had the honor to meet Okayado, the manga artist who created Rachnera and Monster Musume. He came to the booth and we took a picture together while I was sitting on my huge spider. That was certainly the most exciting moment out of all my cosplay adventures!

C&C: What is something you want to tell all your followers?

MCB: I wish people could see how many hours you really need to build something, all the problems you encounter, all the technical solutions you have to come up with. That hidden side; what is essential in costuming that people don’t see.

C&C: What is something that your fans don’t know about you?

MCB: Many people think that I go to the gym to stay in great shape… Truth is I have no time for that! But I work so much at my workshop. That’s my real training! And yes, I do eat chocolate every day, I’m not kidding. 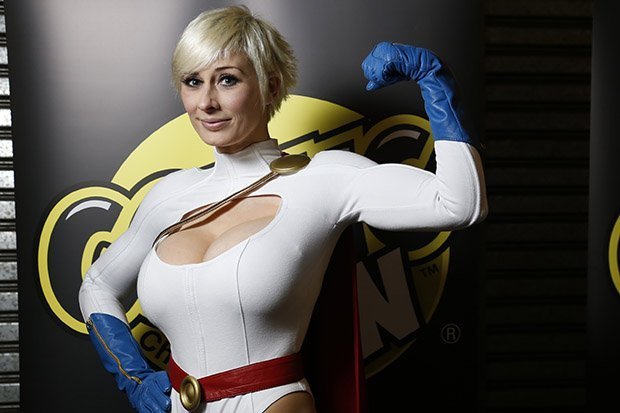 C&C: What Tips & Tricks would you give to your fellow cosplayers and fans (important DIY materials, where to buy costumes, etc)?

MCB: To the people who want to start making costumes, I have 3 very basic tricks that I think are very important, even if they look simple.

The first trick is to choose a character that they like to start with.  It almost sounds stupid, but it’s really easier to stay motivated when you work on something that you like.  If something in the costume goes wrong, at least you will be motivated by the love you have for the character.

The second trick is to start by a simple costume, finish it, then move on to something more complicated.  Very basic trick, again, but believe me, if you start by an ambitious project, you may get discouraged and you’ll never want to build anything again.

The final trick (and technical one) is to always make a mock-up before making the real, final costume.  A mock-up is like a prototype, a ‘fake’ costume done in a cheap fabric only to see if your pattern is alright before cutting the pieces in the real fabric. Yes, it’s long and it costs something to use fabric that you will later throw away.  But a pattern is never perfect on the first try.  Even I always, always make many mock-ups to see how my new pattern looks like when I wear it and I always have adjustments to make to my pattern before I finally cut the pieces in my final fabric and start to sew the real costume.

This is, by far, is the best advice I can give to any costumer.  And good luck with all their projects!

You can meet Marie-Claude Bourbonnais this weekend at Tampa Bay MegaCon. Click here for more information.

END_OF_DOCUMENT_TOKEN_TO_BE_REPLACED

END_OF_DOCUMENT_TOKEN_TO_BE_REPLACED
We use cookies on our website to give you the most relevant experience by remembering your preferences and repeat visits. By clicking “Accept All”, you consent to the use of ALL the cookies. However, you may visit "Cookie Settings" to provide a controlled consent.
Cookie SettingsAccept Allll The Cookies 🍪
Manage consent