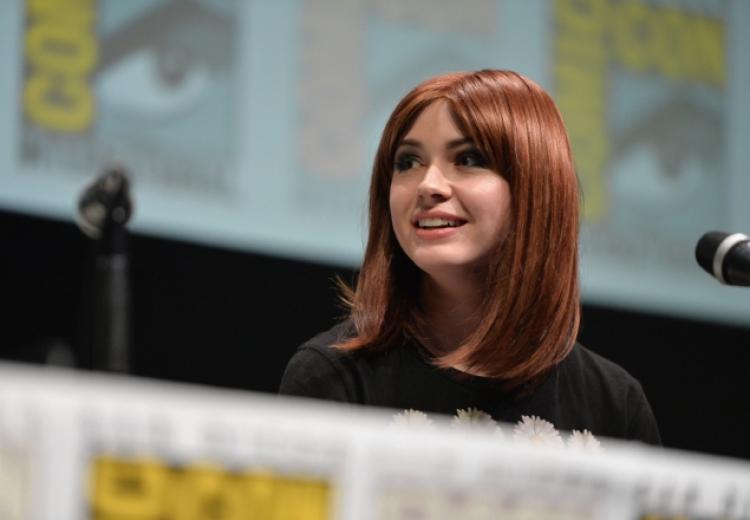 Florida SuperCon wrapped up in Fort Lauderdale last weekend, with a plethora of cosplayers, celebrities, and fandoms coming out to play. At these comic conventions, fans get the rare opportunity to ask their movie and TV idols questions during Q&A panels. This year at Supercon, attendees had the privilege of having an array of celebrity Q&A panels to choose from with guests such as Karen Gillan, Amy  JoJohnson, and LeVar Burton in attendance.

Cosplay and Coffee joined the Guardians of the Galaxy  and Doctor Who fandom on Saturday to see what Karen Gillan had to say about her previous and current roles. Gillan appeared as Amy Pond on Doctor Who, and will be in upcoming films such as Avengers: Infinity War  as Nebula. After an hour of chit-chat about Doctor Who  and Marvel, we were able to gather the best questions and answers from Gillan’s panel on Saturday. Besides the great Tootsie Roll Debate and the Lost Child (comment below if you know what we mean!), here are some of the most exciting revelations Gillan told her fans. 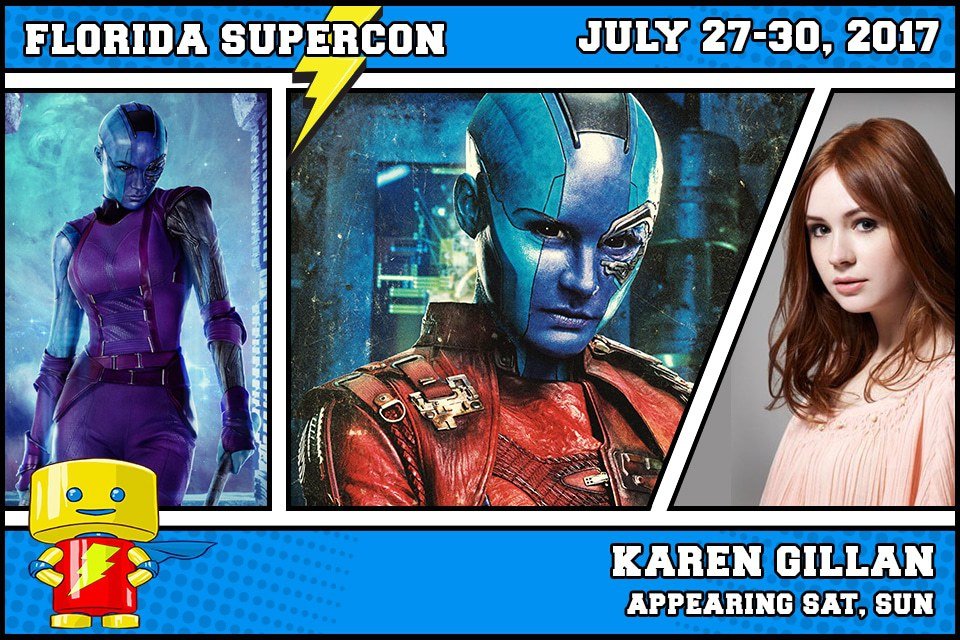 Fan Question 1: What do you think of 13th doctor?

(For those of you who don’t know, Jodie Whittaker was cast as the Doctor on  Doctor Who’, making her the first female doctor in the show’s 50+ year running.)

It was so cool as well because, I don’t know if you’ve heard about this, but in the UK there was this big thing because somebody made a complaint to the BBC saying please don’t cast a female in the role because the Doctor is male. Then the BBC issued this big statement and said [sic], ‘We will not  cast a female, don’t worry.” [Laughs] And I was like, Ooooh, scandalous, BBC. Throw them off the scent!’

Fan Question #2: What was your first entertainment job?

KG: Oh! I worked in a theatre in London. I had to get the tickets, like an usher. But this theatre was crazy because it was a tribute act so it wasn’t your usual theatre audience where they were serious in the UK, ‘Oh, bravo.’ It was a bunch of office drunk people. And I was like, ‘You’ve got to stop running around the theatre!’ So it was a lot of fun, I loved it.

Fan Question #3: What was it like being cast in Jumanji  with big actors like Dwayne Johnson, Kevin Heart, and Jack Black?

KG: I was like, ‘Why am I here? These are all movie stars!’ And I’m the random Scottish girl. It was so good. I mean, they’re just such talented actors. I loved working with them every day. Also, everyone played such a funny role. Jack Black is playing a 16-year old hot girl from school, trapped in his body. And the Rock is playing this really nerdy kid who always uses hand sanitizer and has allergies. Then Kevin Heart is playing the big school, kind of bully, like the mean guy who’s really popular. And then I got to play this really socially awkward girl who just doesn’t want to be looked at and she gets trapped in this like Lara Croft style avatar. And she’s like, ‘Oh no, get me out of this outfit!’ So it was just the best. I loved the concept so much.
Fan Question #4: What were some funny moments with Matt Smith behind the scenes of Doctor Who?

KG: Oh, there’s so many funny moments. Matt, if you just watch him enough minutes, something is going to happen and it’s gonna make you laugh. I think he went through, like, fifteen sonic screwdrivers or something because he was breaking them. For real, like they had to have more made!

One time, he went over to impress this supermodel, Lily Cole, who played the mermaid creature in the pirate episode, and he leaned on a light stand, and it fell over and he landed on the ground in front of a supermodel! That—that takes the biscuit!

Fan Question #5: What’s the best part about being an actor?

KG: It’s probably when you’re in a scene, and you’re talking to a really good actor, and he’s giving you so much emotion that you really start to feel the emotion yourself.  And for me, that’s the most magical part of it because you get to use your imagination and be in all of these different worlds. And I love working with amazing actors. My favorite is Matt Smith from Doctor Who  just because honestly, he’s the most generous, inventive actor I’ve ever ever come across. He could just make me cry immediately. And that’s the magic of him as an actor.

Fan Question #5: Do you like playing someone good or someone bad better?

KG: Oooh, tricky question! I like playing villains just because I hope and feel that they’re removed from my own personality quite a lot. So it’s more of a challenge. But also, what I like about villains is finding out why they’re villains in the first place. And then you start to question whether they really are villains if you understand all of the bad stuff that happened to them, and you understand how they ended up that way. So I’m kind of like, being their lawyers basically.

Fan Question #6: Are you able to tell us if there’s a particular Avenger that Nebula gets along with really well or doesn’t get along with?

KG: The funny thing is, they don’t even give us scripts! So we’re just getting our personal scenes and then we shoot them and we don’t even know how they fit into the story. Which is weird, but also kinda cool because then we all get to watch the film and be like, ‘Oooh.’

She gets along with one superhero that you would never expect. It’s so funny. That’s all I’m saying!

Fan Question #7: If you could play any other character from another fandom, which one would you pick?

Fan: There is an alternate reality where it exists.

KG: [Gasps] This is my calling! Somebody make a call for me and let them know I’m available.

Fan Questions #8: How did you feel leaving Doctor Who  and the 11th Doctor?

KG: Um, so sad! Devastated. I mean, I didn’t know how I was going to feel. I knew that it was going to be harrowing in some way, but then when I actually finished… it was just so sad. And filming those final scenes with the Doctor and saying goodbye, I was just like, I’m not even acting in this. This isn’t acting, this is just like real tears. And then afterwards I was like, ‘What am I going to do now? I may have peaked.’

Fan Question #9: In Guardians of the Galaxy, Nebula is kind of evil. Then you go into Guardians Volume 2, and she kind of goes over to the Guardians, she’s kinda starting to be a hero—Does that character arc continue on in Infinity War  or does it kind of end there and now she’s more of a hero?

KG: Without giving away any spoilers, we’re definitely going to continue the arc for Nebula and find out more about her past. And actually, we’re going to find out that it’s even worse than we know. And we’re going to see her confront all of it. It’s going to be like an emotional explosion.

END_OF_DOCUMENT_TOKEN_TO_BE_REPLACED

END_OF_DOCUMENT_TOKEN_TO_BE_REPLACED
We use cookies on our website to give you the most relevant experience by remembering your preferences and repeat visits. By clicking “Accept All”, you consent to the use of ALL the cookies. However, you may visit "Cookie Settings" to provide a controlled consent.
Cookie SettingsAccept Allll The Cookies 🍪
Manage consent