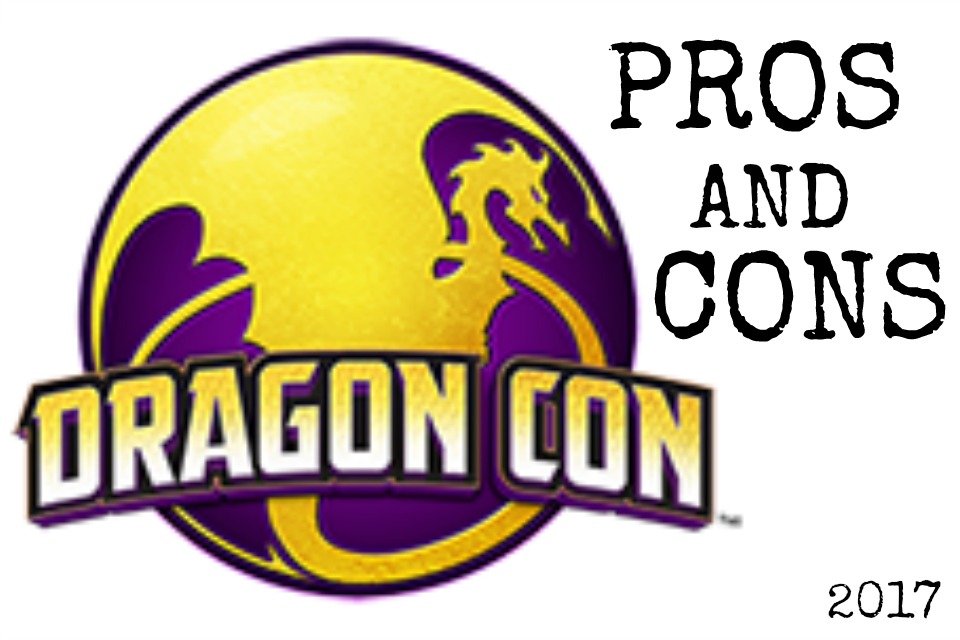 Dragon Con 2017 was my first time attending the infamous comic-convention in Atlanta, Georgia. Next to conventions like San Diego and New York Comic-Con, Dragon Con is well-known for its size and its dedication to bring fun for cosplayers and fanatics everywhere.

I was fortunate enough to attend Dragon Con this year on Saturday and Sunday. I have to say, that although its reputation for being  a huge convention notwithstanding, I was still taken aback by just how massive it was. And such a large scale event is bound to have its set-backs, as well its upsides. Because of that, I decided to provide future Dragon Con-ers with a list of Pros and Cons based on my first Dragon Con experience.

Disclaimer: Dragon Con is a massive event, and I was not able to experience it in its entirety this year. This is based off of what I was able to experience and I will bring this knowledge with me to prepare for next year’s convention.

So without further ado, here is Cosplay and Coffee’s Official Dragon Con Review.

The good, the better, and the best aspects of Dragon Con. Tell me what parts you love that I may have missed (Facebook comments below)!

So much room for activities! Between the late night drinking (which I did not partake), the early morning panels, and all the cosplays in between, there is almost TOO many activities to choose from. I know that I barely scratched the surface when it comes to experiencing the full brunt of Dragon Con, so I don’t have much to contribute in terms of specifics. But if you’re looking to meet people in the cosplay community, Dragon Con is the place to be.

This mainly derives from the Official Dragon Con Facebook page that remained active during the entire convention, despite all the activities that were going on. It started with sharing cosplays, going-ons around the convention, and ended with sharing favorite and least favorite moments (and comforting each other with post-con depression). At the actual convention, mostly everyone remained cool and collected, and I rarely heard or saw any drama or irrational patrons.

Sometimes at comic conventions, with all the hustle and bustle of thousands of bodies, you can actually feel the tension and chaos. And that’s never fun. Thankfully, despite the 80K bodies at Dragon Con this year, the atmosphere remained unperturbed and uplifting. I hated the constant uphill walking (see below), but the atmosphere around the convention was consistently pleasant and I never felt for a moment that the con was dragging on. In short, the atmosphere was what I hope to feel at all conventions.

So. Many. Things. Suffice to say, there is no shortage of out-of-this-world merchandise to choose from in the Artist Alley at Dragon Con. Thankfully, my bank account remained intact as I only window-shopped. But Lord were my hands itching for some Elhoffner Designs and more art for my convention wall.

From the security guards on the streets who helped my desperate self get to Media Relations before my press interview, to the hotel clerks who kept their cool during this madness; not one person working this convention seem stressed or annoyed. Despite the fact that some of these volunteers were unqualified (I’m talking to you, Mr. Bartender), I was met with nothing but kindness from these people. A quality that is extremely appreciated after trekking for an hour trying to find the Sheraton (more on that below). I don’t know if I just got lucky with my encounters, but the help at Dragon Con was A+.

Parking was surpringly easy. I was afraid parking would be limited or hard to get into, and I prepared myself to arrive as early as possible in order to get a decent spot. However, I was pleasantly surprised to see the use of the Panda Parking app put to good use. Panda Parking allowed me to reserve a spot in a predetermined parking garage so that all I had to do was show the attendant my confirmation number! Making it one less hassle, and one step closer to the convention!

I know, I’m so clever. Here are the aspects of Dragon Con that I found less than ideal.

The lines make little to NO sense. If you’re picking up your ticket the day of, you have to wait in THREE separate lines if you’re paying with a credit card. First you’re in line to pay for the ticket. Then you’re in line to verify your purchase of the ticket. And then you venture off into the final equally infuriating line to actually pick up your badge. Couldn’t they just consolidate it into one line? Just…why? Why, DragonCon, why?

The other downfall of purchasing tickets at the event, is that you’re limited to what tickets you can buy. As I mentioned, I was planning on attending just Saturday and Sunday. Although I had a press pass, I needed to get tickets for my S.O. for those days. The kicker was: I could get the tickets for that day ONLY, and would have to wait in line again in order to get a ticket for the next day. But why? I also wanted to purchase a Saturday and Sunday only package, which I quickly learned was not available as a package. I could, however, purchase a set for Saturday-Monday. (I see what you did there, Dragon Con. Smart, but not appreciated).

This quote become one inside joke I had seen numerous times before my feet even hit the convention carpet. Thanks to the official Dragon Con Facebook page, I quickly caught on to the absolute mess that is the set-up of Dragon Con. The four base hotels are the Hyatt, Marriot, Hilton, and the Sheraton. There is roughly half a mile between each hotel. That might not seem a lot, but for a Florida girl who’s not used to uphill climbs, that half a mile carrying a suitcase full of camera equipment in a ballgown dress was less than ideal. Plus it just makes it that much harder to meet up with other cosplayers or get to your scheduled interviews when everything and everyone is spaced out over a couple blocks.

To give you a better understanding of how one gets around Dragon Con: 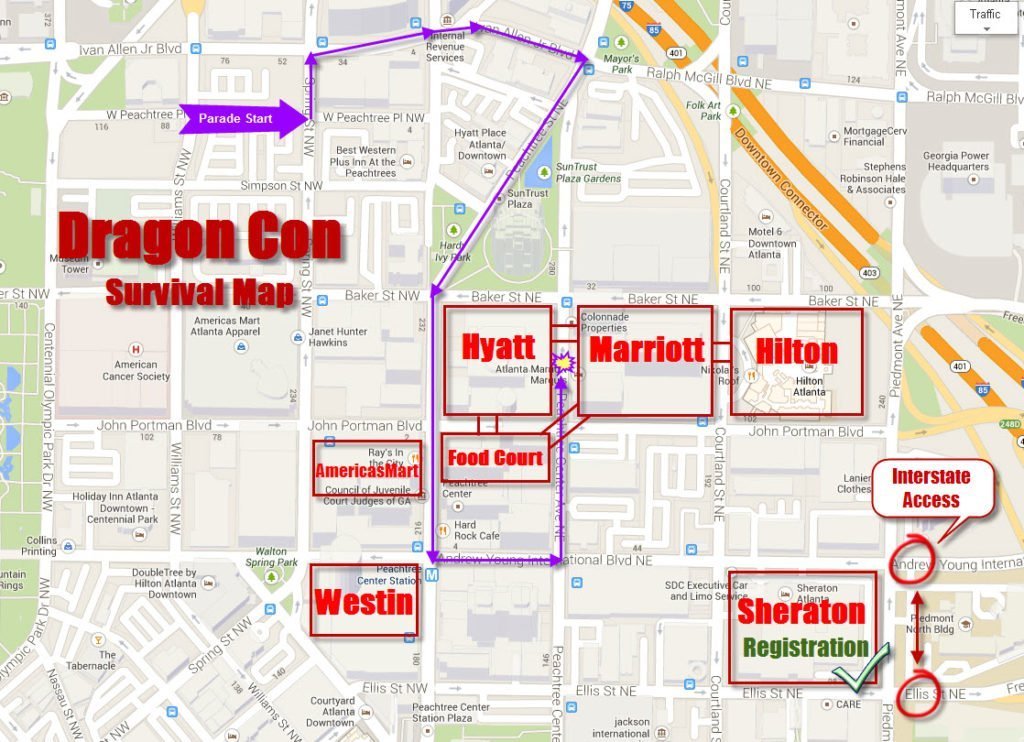 There is a lot more to be said from more seasoned Dragon Con-ers, but based off of my first experience, I would rate the overall convention 4/5 steaming cups of coffee. Mostly because I probably would have had a better time if I came better prepared (but more on that later).

END_OF_DOCUMENT_TOKEN_TO_BE_REPLACED

END_OF_DOCUMENT_TOKEN_TO_BE_REPLACED
We use cookies on our website to give you the most relevant experience by remembering your preferences and repeat visits. By clicking “Accept All”, you consent to the use of ALL the cookies. However, you may visit "Cookie Settings" to provide a controlled consent.
Cookie SettingsAccept Allll The Cookies 🍪
Manage consent