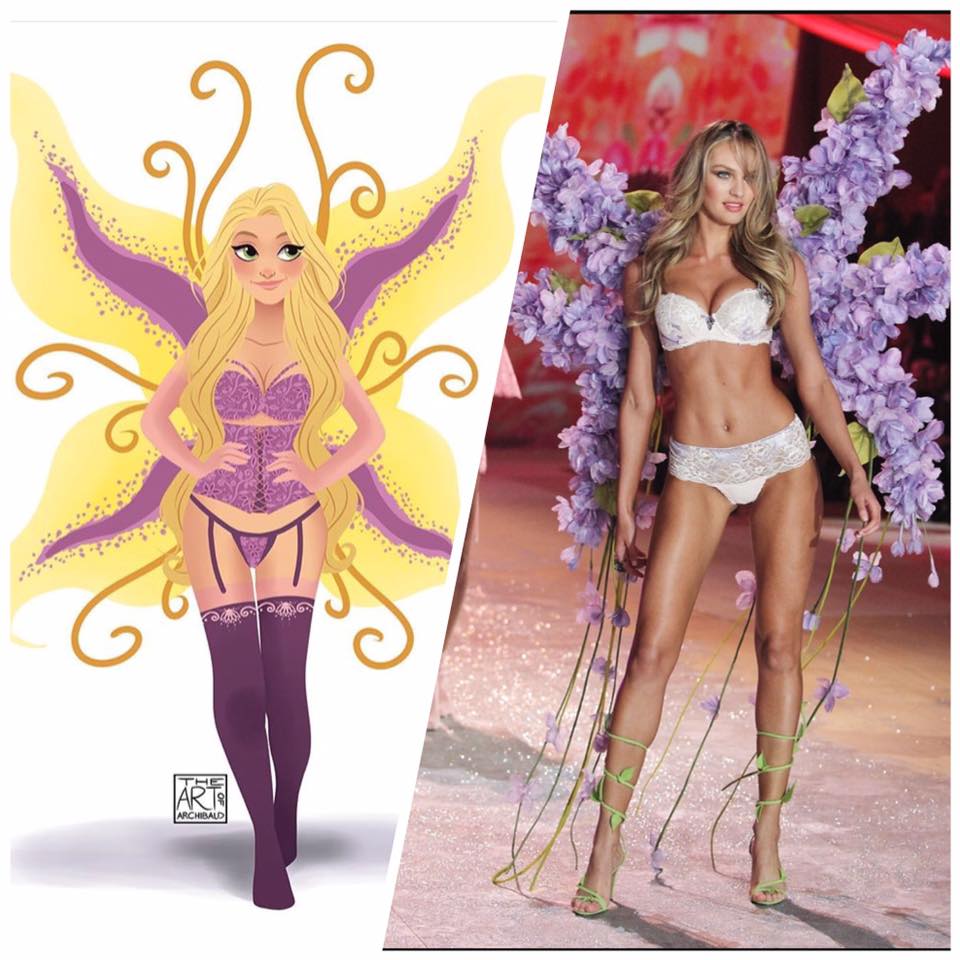 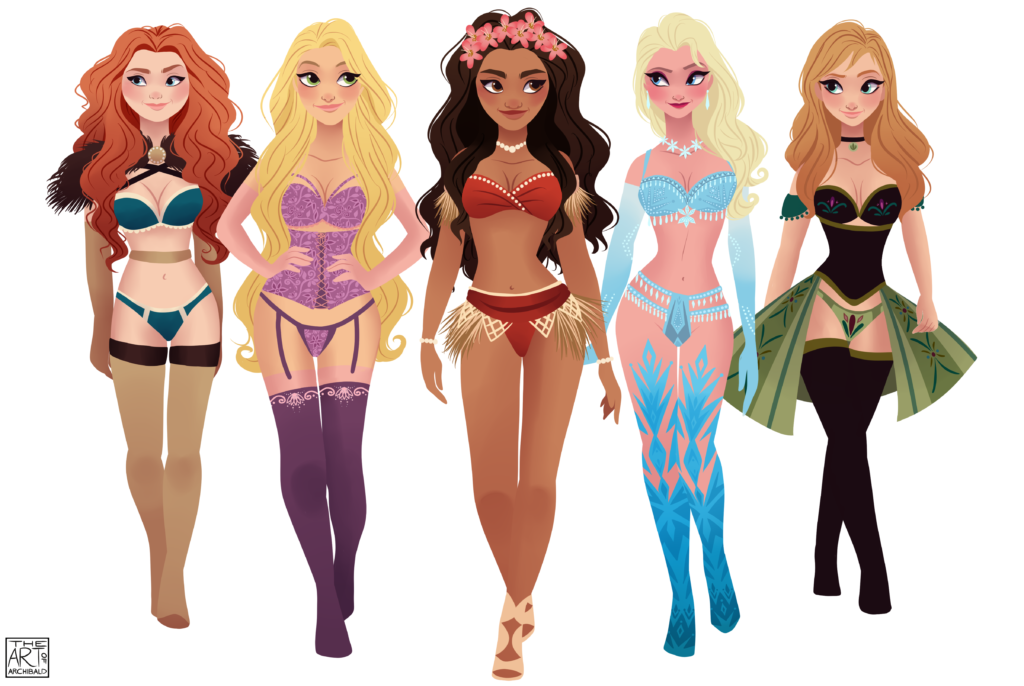 The Victoria’s Secret Fashion Show is a night I look forward to every December. Mostly because I love the Victoria’s Secret line, but also because Candice Swanepole is my #wce. And as someone who also grew up watching Disney movies, I was ecstatic when I found Archibald’s artwork of Disney Princesses re-imagined as Victoria’s Secret runway models.

Now, don’t get me wrong: there are tons of other artwork out there that depict Disney Princesses gone VS, but they all seem to encapsulate the image of the runway models, not the Disney Princesses. Archibald steers more towards the facial and body visages of the animated Disney princess, which gives the drawings a friendlier tone. He has stated that his art style is highly influenced by former Walt Disney animator Glen Keane.

Archibald is a self-taught artist who depicts life-like interpretations of all our favorite characters from Disney, Marvel, DC, and more. He has twisted the popular Disney princesses to be anything from fairies, mermaids, and now Victoria Secret runway models. He keeps his artwork fun and light, embodying a somewhat real-life adaptation, yet still maintaining that humble, round-out Disney facade.

Cosplay & Coffee asked Archibald who he considers to be his favorite Disney princess, to which he admitted:

“Oh, it’s quite a lot! I’ll just say Rapunzel and Ariel are my favorite princesses. And Candice Swanepole is my favorite VS model!”

It might seem strange to envision our childhood heroins as fashion models who wear extravagant pieces of undergarments, but we all grow up, don’t we? This fun work of art no doubt inspires some seductive cosplay ideas, but it also diminishes the border for cosplayers and encourages them to enjoy more adventurous cosplays and seductive roles (such as Harley Quinn and Poison Ivy).

When asked how fans have reacted to his work, Archibald told us,

“I had mixed reactions to these girls; some love it, and some don’t. I just delete the negative comments and focus on those positive responses!”

Occasionally, when this fan artist has time (though, not at the moment), he takes commissions and will turn you into your very own version of a Disney character! For more of his work, check out his social media channels which are listed below. If you want to see more from Archibald, you can support him on his Patreon account where you’ll be invited to view exclusive new artwork!

For more articles like this, check out our blog!

END_OF_DOCUMENT_TOKEN_TO_BE_REPLACED

END_OF_DOCUMENT_TOKEN_TO_BE_REPLACED
We use cookies on our website to give you the most relevant experience by remembering your preferences and repeat visits. By clicking “Accept All”, you consent to the use of ALL the cookies. However, you may visit "Cookie Settings" to provide a controlled consent.
Cookie SettingsAccept Allll The Cookies 🍪
Manage consent