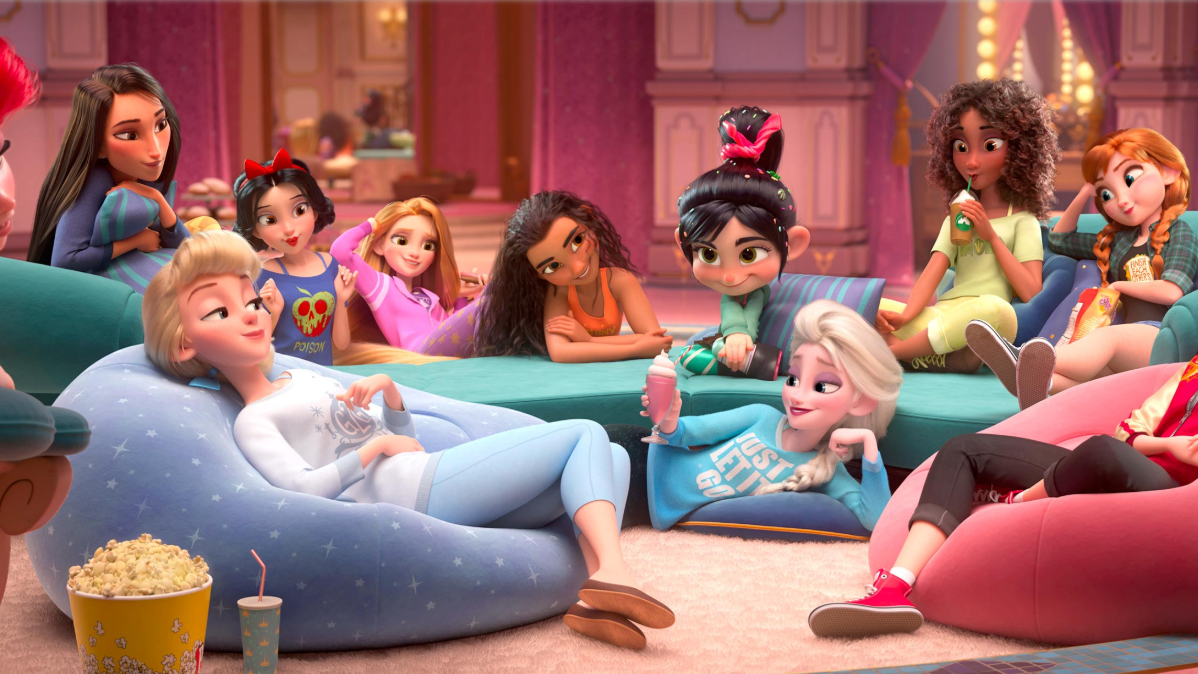 Last weekend during a Disney Princesses Q&A panel at Tampa Bay Comic Con, word slipped that a new Disney princess scene has been added in Wreck It Ralph 2.

The panel consisted of Paige O’Hara (Belle in Beauty and the Beast, 1991) and Linda Larkin (Jasmine in Aladdin, 1992). The announcement for the new scene in Ralph Breaks the Internet came out when the Disney stars were gushing about the trailer that released during Disney’s D23 fan expo last year. The trailer had released the news that 14 of Disney’s classic princesses would all be appearing together in the new film; a first in Disney history. When discussing the reaction to the scene, O’Hara surprised the audience at the convention by stating,

“Well it [the trailer] was so popular that they added a new scene for the princesses.”

It was just a few days later that Entertainment Weekly shared an exclusive first look at this new scene with the Disney princesses. The clip shows the princesses like we’ve never seen them before. They have tossed out their glamorous ballgowns and switched up their style for a casual, laid back look. A movement that is said to be influenced by the newest princess, Vanellope.

O’Hara went on to say that she was recording in the studio just five weeks ago for Wreck It Ralph 2. Larkin confirmed that she too recently recorded for the new scene. Although, EW‘s newly released photo doesn’t picture all 14 princesses in their athleisure wear, the film validates that Auli‘i Cravalho (Moana), Kristen Bell (Anna in Frozen), Idina Menzel (Elsa in Frozen), Kelly MacDonald (Merida in Brave), Mandy Moore (Rapunzel in Tangled), Anika Noni Rose (Tiana in The Princess and the Frog), Ming-Na Wen (Mulan), Irene Bedard (Pocahontas), Jodi Benson (Ariel in The Little Mermaid), O’Hara and Larkin will all be appearing in Wreck It Ralph 2.

These two princesses could barely hide their enthusiasm for working on the film, saying they were having a blast playing their characters again. O’Hara also hinted that the princesses are “really rockin’” in the new princess scene. 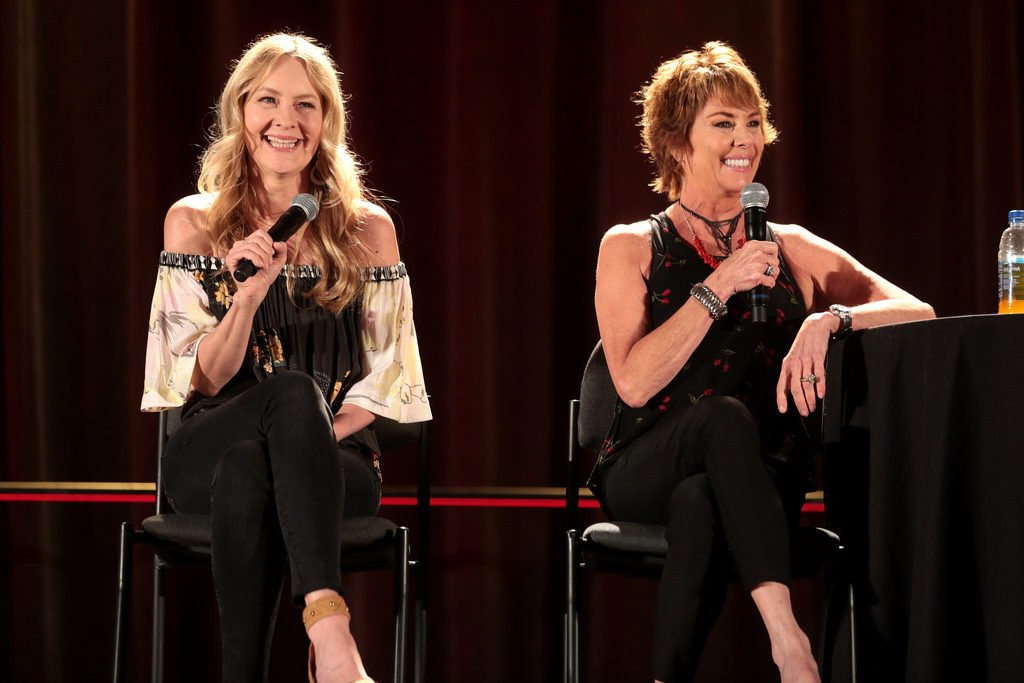 One of the great things that has happened as a result of the Disney princess scene in Wreck It Ralph 2 is that it has brought almost every single Disney princess voice actress under the same roof. O’Hara and Larkin spoke during the panel about their unique opportunity to be two in just a handful of actresses who hold the official title of being a classic Disney princess. They spoke in high regard for their fellow princesses, particularly Auli‘i Cravalho, who is the youngest and most recent to join the princess squad in Moana (2016).

The princesses are so close, in fact, that O’Hara took a brief moment to text Jodi Benson, who portrays the voice of Ariel in The Little Mermaid (1989) to see if she wanted to say hello to their fans. Within a few minutes, O’Hara received a text back from Benson sending her love, and also stating that she was recording in the studio!

If the reactions of O’Hara and Larkin are any inclination, this new scene is sure to bring that sense of nostalgia that we all crave when we watch and re-watch these classic Disney princesses.

Ralph Breaks the Internet will zap into theaters on November 21st, 2018.

Will you be cosplaying any of these casual princess looks? Let us know in the comments!

END_OF_DOCUMENT_TOKEN_TO_BE_REPLACED

END_OF_DOCUMENT_TOKEN_TO_BE_REPLACED
We use cookies on our website to give you the most relevant experience by remembering your preferences and repeat visits. By clicking “Accept All”, you consent to the use of ALL the cookies. However, you may visit "Cookie Settings" to provide a controlled consent.
Cookie SettingsAccept Allll The Cookies 🍪
Manage consent