The Best Cosplays from A Celebration of Harry Potter 2017 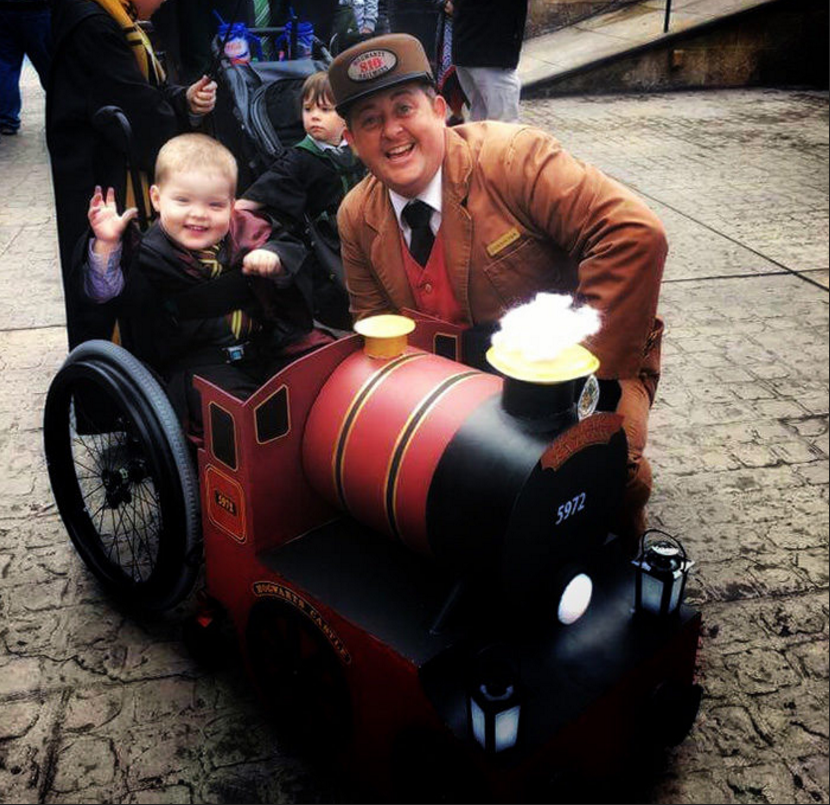 Last weekend, Universal Orlando outdid themselves yet again by bringing pure magic to their fourth annual Celebration of Harry Potter. Between the expo with real movie props, a chance to look behind the scenes in exhibits such as the WB Studio Tour, and seeing the Harry Potter  cast members in real life,  what more could you expect to come out of this revolutionary event?

One of the best parts about A Celebration of Harry Potter is the opportunity to see the plethora of talented cosplayers from all around the world. There were so many outstanding cosplays at the event that it would be impossible to show you them all. Instead, here are a few of our favorite cosplays from the annual Harry Potter event:

Diego a.k.a @Dialpi is the cosplayer to look out for at A Celebration of Harry Potter.  Last year, I was blown away by his menacing likeness of Lucious Malfoy. This year he came back with a cosplay from the other side of the fence. This Dumbledore cosplay was certainly a highlight of the Harry Potter expo, having even caught the attention of representatives from Pottermore! Give him a follow on Instagram to see more of his hilarious and accurate Harry Potter cosplays!

🌿 "Longbottom's been neglecting his earmuffs." 🌿 Okay, last picture from HP Celebration for a while (maybe until I have more lovely photos from @thewhimsywizard to share). But, above all, stay warm and stay strong my friends. We'll pull through this bitter winter together. 🌱 #hpcelebration #hpcelebration2017 #wizardingworldofharrypotter #universalorlando #harrypotter #hogwarts #professorsprout #hufflepuff #witch #herbology #mandrake #cosplay #womenofcosplay #plantlife 🍃 📸 by @merricatonthemoon , my lovely girlfriend 💚

This Madam Promfrey by @mademdesigns was one of the strongest cosplays at Universal last weekend. And one can only assume based off of her handle that she made the cosplay herself! Well done!

@theprincessnightmare did a fantastic job constructing this Slytherin princess ensemble. It’s just the perfect balance between the typical princess ballgown and a dark, slightly ominous dress that a Slytherin might wear. Her Bellatrix Lestrange cosplay is also spot on!

Fantastic Beasts and Where to Find Them

Some cosplayers even took to bringing the newest addition to the Harry Potter universe to the celebration. These Fantastic Beasts and Where to Find Them cosplayers not only look startlingly similar to the characters, but they used the Universal scenery to help bring their photos to life.

Could this be any more precious? This little guy was envied by everyone at the event as he made his way through Hogsmead and Diagon Alley in his own personal Hogwarts Express. His parents reconstructed his wheelchair into the mini train, complete with billowing smoke coming from the top. This very well might have been the best cosplay of the weekend.

This was the first time I had seen someone cosplay as second year Hermione after her unfortunate mix-up with the Polyjuice Potion (who remembers who she was trying to turn into?). This cosplay was incredibly unique and definitely brought a laugh to anyone who recognized her.

This cosplay trio brings back a lot of nostalgia for Harry Potter fans who have been there since the first films came out. This young Harry and Ron look incredibly similar to preteen Daniel Radcliffe and Rupert Grint. And obviously the loving Molly Weasley is by their side in her wizard mom drab.

If you’ve ever wondered what the USA Quidditch team might look like, look no further! This group — known as Cosserole —  put together the American Nationals team (we can only assume that they attended Ilvermorny School of Witchcraft and Wizardry).  The cosplays are, of course, homemade. From left to right, meet the American National coach, Chaser, Seeker, and Keeper!

In reality, every single cosplay at the annual Celebration of Harry Potter was incredibly well-crafted and helped bring this extraordinary event to life. From Hagrids to Rita Skeeters, nearly every Harry Potter character could be found last weekend with Universal’s walls. To see more, follow @cosplay_and_coffee on Instagram or search #hpcelebration2017 !

END_OF_DOCUMENT_TOKEN_TO_BE_REPLACED

END_OF_DOCUMENT_TOKEN_TO_BE_REPLACED
We use cookies on our website to give you the most relevant experience by remembering your preferences and repeat visits. By clicking “Accept All”, you consent to the use of ALL the cookies. However, you may visit "Cookie Settings" to provide a controlled consent.
Cookie SettingsAccept Allll The Cookies 🍪
Manage consent