16 Supergirl Cosplayers You Need In Your Life 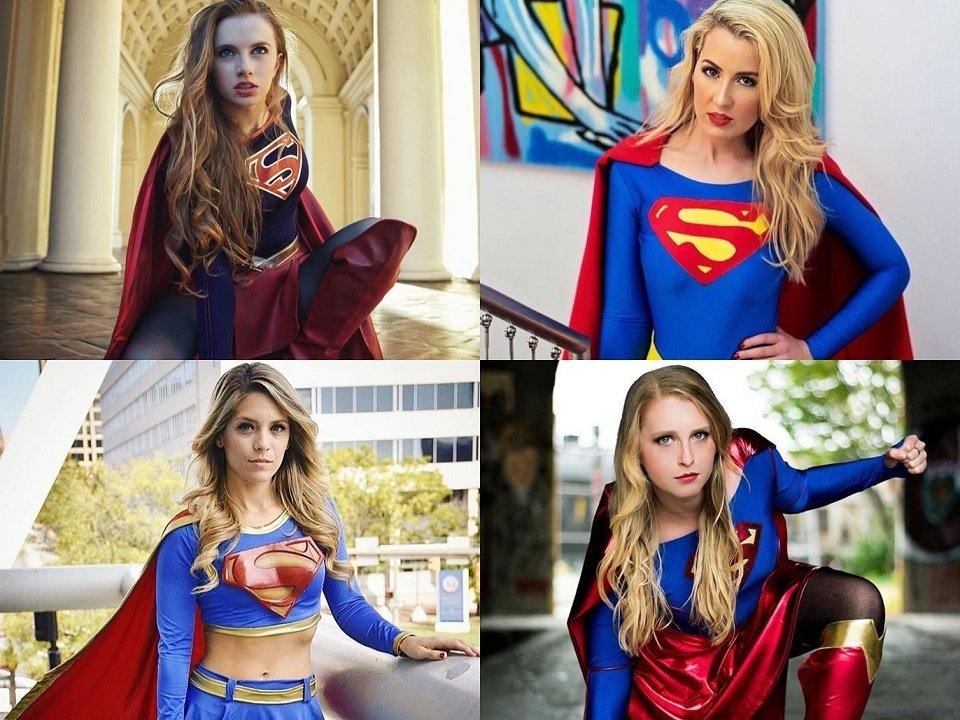 Disclaimer: Actions taken from clicking on links may yield commission for the site All content and photos are copyright Cosplay and Coffee unless otherwise noted. Sponsored content is clearly disclosed within the post. Thank you for your support and I hope these services help you!

Supergirl first appeared in DC Comics in 1959, as Kara Zor-El in the comic titled Action Comics #252.  She also had many appearances as Superman’s cousin in a short-lived series entitled The Daring New Adventures of Supergirl in the early ’80s. It wasn’t until the late ’90s, however, that Supergirl finally starred in her own self-titled comic book series, which ran from 1996 to 2003. Now, Supergirl has become a trademark in modern pop culture thanks in large part to the CW’s television series Supergirl, starring Melissa Benoist.

This series has sparked an insane reaction among the cosplay community, and it appears that the newest televised version holds a massive inspiration for those who love the Supergirl character.  And while I love unique and traditional forms of Supergirl’s garb,  I thought it would be fun to showcase a few talented Supergirl cosplayers that have continued to represent Supergirl in the modern-day era.

So here are 16 Supergirl cosplayers that you need in your life (in no particular order):

It’s the most wonderful time of the year! 🎅🏼🎄✨ #secondtohalloweenofcourse

This girl takes on the complete persona of Supergirl, with her Instagram bio reading Tiah Zor-El, Aussie Supergirl. Besides her cosplay adventures, you can explore her inspiring fitness transformation and colorful days at the beach. She has also cosplayed as the Joker.

Ana is a cosplayer of many talents, but it’s her Supergirl cosplay that stands out. She hails from South America, making sure her love of Supergirl is shared around the world. Ana has cosplayed other characters such as Katheryn Winnick and Bucky Barnes (the Winter Soldier).

Aly Williams is a prominent face in the cosplay community, having indulged in a range of characters from Elizabeth Swan, Wonder Woman, and Nuka Girl. One of her most popular cosplays is Schoolgirl Ariel; a project consisting of characters in risque schoolgirl attire in the facade of popular princesses such as Ariel, Pocahontas, and Belle. Although she cosplays a lot of Disney princesses, Aly’s Supergirl cosplay is definitely top-notch.

@black.branch.media is doing a giveaway! I had to be selfish and pick the picture of me because this was one of the first professional photos of my Supergirl that launched Kara as my main cosplay! #bbmediagiveaway ! . #Repost @black.branch.media (@get_repost) ・・・ “The thing that makes women strong, is that we have the guts to be vulnerable. We have the ability to feel the depths of our emotion, and we know that we will walk through it to the other side.” (-Cat from Supergirl) I love the contrast of @polyjuicecosplay ‘s Supergirl with the darker tones of Arrow! @supergirlcw . . . . #supergirl #dccosplay #cosplay #dccomics #seattlephotographer #seattlephotography #washington #nikon #seattle #supergirlcosplay #costume #seattlecosplay #seattlecosplayer #cosplayphotography #dc #starsofcosplay

From Lavender Brown, Spider Gwen, and one impressive Rapunzel Jedi cosplay, this girl is a cosplayer on the rise! The diversity in her cosplays makes her account fun to follow, and she pulls each one off with finesse. Not to mention, her Supergirl cosplay definitely stands out among the crowd!

Cosplay, acting, fitness, and stunts is all it takes to make you want to follow this one-of-a-kind cosplayer. Besides partaking in some pretty badass cosplay stunt videos, Erin also supplies makeup tutorials. She is another diverse cosplayer, having cosplayed characters such as Beetlejuice, Harley Quinn, and Black Widow. However, it’s pretty obvious that her Supergirl cosplay is a fan-favorite!

Happy New Year! 💫🎉 I'm starting it off super with a side by side! I'm pretty happy with my suit so far, but I think the next thing to happen is to either dye the skirt I have or make a new one 😋 needless to say at least my deltoids are still on point! 💪🏻 . . #supergirl #supergirlcosplay #girlofsteel #karazorel #karadanvers #superman #cwsupergirl #cosplay #comics #cosplayer #cosplaygirl #cosplayphoto #sidebyside #sidebysidecosplay #dccomics #dccosplay #dcsuperherogirls #melissabenoist

Kaycee is a Nevada/California cosplayer who is a Kryptonian, Queen, Amazon, AND and Inquisitor. Yeah–try to top that. Clearly this girl possesses many talents, and her Supergirl cosplay is effortless and absolutely stunning! Supergirl is clearly one of her favorite characters, having spun out a Supergirl Jedi mashup cosplay!

I don’t even need to tell you who this girl is. Jessica is a California cosplayer and is a shining example of a successful cosplayer. It would take half of this post to list all of the different cosplays she’s done, but some fan favorites appear to be her various Spider-suits, Captain Marvel, Anastasia, and–so so much more. Jessica has done numerous versions of Supergirl, but her modern CW Supergirl is one that she pulls off flawlessly.

Laney Fei received extensive attention in the cosplay community for her genderbent Aquaman cosplay. She’s done just about every rendition of Supergirl you can think of, and she’s pulled off each and every one, making her a SUPERgirl cosplayer (too cheesy?). Her other notebale cosplays include Thor and Harley Quinn.

While Kayla is a fantastic Disney princes cosplayer (you should see her Rapunzel), her Supergirl cosplay remains to be the best of the best. From the boots to the cape, Kayla also possesses Kara Danver’s brunette/blonde locks. Kayla seems to be a participate in just about every fandom, making her a notable cosplayer to follow!

Ivana is a model and cosplayer who loves travel and adventure. Hailing all the way from Italy, Ivana is  huge advocate for the CW’s Supergirl, dedicating a majority of her posts to discussing Melissa Benoist’s role as the superhero. And, of course, Ivana’s representation of Supergirl is uncanny!

Another Supergirl cosplayer who knows that owning just one Supergirl cosplay is not enough! You can see her dawning a Bombshell Supergirl, a festive Christmas Supergirl, and even a version of Supergirl when she’s exposed to red kryptonite! This cosplayer is always naturally smiling, giving the advice to “Be the super person you wish to see in the world!”

Darth Lexii is an entertaining cosplayer, especially considering her one-woman karaoke and dance videos! This actress/cosplayer from California is known for both her Supergirl and Spider-Girl cosplays, but she has an impressive cosplay ballot. It’s hard to choose just one that she portrays particularly well, but I can say that her Harley Quinn impersonation is adorable!

It’s a-me! I’m so excited I joined the squad with the rest of these Supergirl cosplayers. This pose was surprisingly really hard to get right.

The donut was delicious, though. Worth it.

Want to join these Supergirl Cosplayers? Cosplay Sky has GREAT and accurate cosplays (including Supergirl) that will be a hit at any comic-con!

They have also been generous enough to give Cosplay and Coffee readers a discount to their site! Just enter COSPLAYCOFFEE when you check out!

Lily is a real superhero stationed in South Carolina. One of her newest cosplays to come into 2018 is a Brandon Gilbert Supergirl suit which is gorgeous and extraordinary! She routinely whips out her traditional Supergirl cosplay (Melissa Benoist style) and she wears it with ease. Lily also does a great Daku and Spider Gwen cosplay.

Tiny Cat Kate is a cosplayer of many talents. She’s crafty, cute, and a passionate cat lover. She has a couple of different versions of a Supergirl cosplay, but they all look fantastic on her! Kate’s Wonder Woman cosplay is another that has seen high praise from her followers, and she also does a great Daphne and Bombshell Black Canary cosplay.

Always remember the greatest super power a human can have is their voice. When you have the courage to speak up and stand up for what you truly believe in, you give others permission to do the same. When you stand together and speak in unity, the force is irrefutable. Align yourself with your core values and beliefs and don't ever let anyone convince you to abandon them. They are the very essence of who you are and who you are should not be up for debate. There are ways to reach your goals without compromising your personal boundaries. If your boundaries aren't strong you run the risk of being manipulated by a predator. If you're not sure what your boundaries are – read your basic human rights and then when you've decided your values and beliefs – put them into action by standing your ground. This is YOUR STORY. The only person who should have the pen in their hand is you. Not everyone is going to like what you write, but Supergirl says "simply read something else!" 📸@snaphappyian #metoo #idontmind #supergirl #supergirlcosplayer #cosplay #cosplayer #tgif #friday #quotes #quoteoftheday #inspiration #motivation #selfcare #personalboundaries #dccomics #dc #comics #justiceleague #melissabenoist #supergirlcw #cosplayers #cw #helenslater #advice #karazorel #karadanvers #personaldevelopment

Corrine Lawrence  has dedicated her cosplay career almost exclusively to Supergirl. She portrays both Helen Slater and Melissa Benoist’s versions of Supergirl (Slater coming from the 1984 Supergirl  film). Corrine is an Australian cosplayer who advocates that she is the Girl of Steel with a heart of gold. 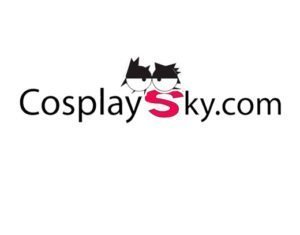 Who are your favorite Supergirl cosplayers?

END_OF_DOCUMENT_TOKEN_TO_BE_REPLACED

Looking for a bonafide Southside Serpents jacket? I got one from Luca Jackets & did a FULL YouTube review. Here’s the blog where I lay out the pros & cons

END_OF_DOCUMENT_TOKEN_TO_BE_REPLACED

What is cosplay? Let me tell you how I discovered this obscure community and what it’s like from an insider’s point of view. 3 years later and…

END_OF_DOCUMENT_TOKEN_TO_BE_REPLACED

Wondering where you can get all of your cosplay supplies? Why not just shop my craft room? Here’s a list of where I get my materials, wigs, and accessores!