It’s been a year since I purchased my Bellami wig. And I think the heat from this particular scenario has died down enough for me to really dig into the massive issue many people had with this wig company. This Bellami wig review isn’t going to discuss the quality of the wig, but rather,  my problem with Bellami Wigs as a retailer.

Strap in because this is not sugar-coated.

The reason I decided to buy one of these extremely expensive wigs (over $100) is because Bellami did a collaboration with a YouTuber. I have massive respect for this person. She’s the reason I got into YouTube and special effects makeup. I think this collab should have been something spectacular. But on the consumers’ side… it simply wasn’t.

This particular wig has since been discontinued. I’m not sure the reason, but I hope more influencers realize Bellami’s true agenda before deciding to work with them.

If you were one of the many people who hopped on to Bellami’s website the minute this collab went live, you know exactly where this was going. The rush to get one of these wigs was apparently on a level unprecedented by both parties involved.

The line released mid-October 2018. Right away, there were issues. Twitter blew up as people expressed website problems and  Bellami’s poor customer service (more on that in a minute).

That should have been a red flag. But I decided to wait until the second run of these wigs, which came about a month later. Another reason many waited is because Bellami wigs are considered more “high-end” which comes with a larger price tag. And even though I’m a cosplayer who uses wigs more frequently than most, $100 is expensive. But still, I put my order in easily on November 16th, 2018.

These wigs sold out in literally seconds the first time around. For others, the website either froze or people had the item in the cart and it would disappear at checkout. Bellami tried to justify this action by saying that those who entered their credit card numbers faster or used auto purchase apps like Paypal had first priority.

It was first come, first serve, after all.

I, thankfully, didn’t have any ordering problems with Bellami wigs. But you better believe there was still a race to the Place Order button.

The same day, I received an email order confirmation that said:

Seven days in, I still had not received tracking information. I had planned on doing a YouTube review of the wig, so I sent them an email asking for it. This is how they responded:

“We do apologize for any inconveniences, we do see that the items purchased are currently on back order. Due to the popularity we did have abundant purchases being processed at the same time so back order purchasing was allowed to ensure those with back orders could receive a guaranteed spot for the next shipment. We will be receiving further inventory December 7th! “

This was a problem with the first run of wigs, too. If they ran out of stock when you ordered the wig, it would have said you were placing an order for a back order product.

Mine did not say that.

On top of that, I had to reach out to THEM to ask for an update on my product. They told me that I should have gotten an email saying that my product was on backorder that same day.

But of course… I didn’t.

“We do apologize for any miscommunication a follow up email was sent out later in the day that notified those who made a back order purchase that those orders would be fulfilled within the next upcoming shipment. If you did not receive that notification we do apologize 🙁 “

Remember how they said their next shipment order was December 7th?

Well December 7th came and went. We all heard nothing.

I got them to refund me the shipping cost, but I had to ask for it. There were at least 20 other people who had this same problem with Bellami wigs, so I’m not sure how many people were able to get some money back.

On December 12th, 2018, I finally got an email saying my product had been shipped and that I would receive it within 5-7 business days. I must have gotten mine around the 15th (i.e. a month later) because by the 24th, I had to file yet another order dispute because… get this:

It didn’t come with a wig brush or stand. 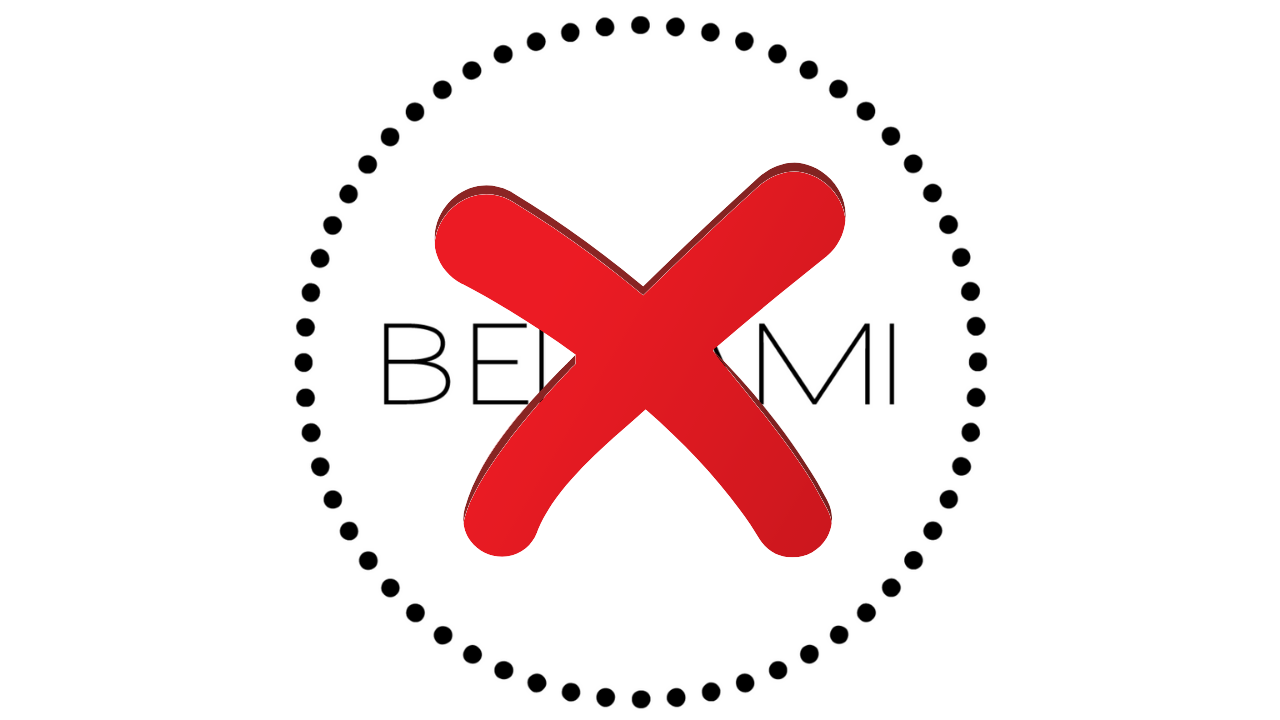 It’s not unheard of for wigs (even cosplay wigs) to cost $80. And I figured the extra $15-20 in accessories made up for excessive price tag. But then we (many, many customers) didn’t receive the full order.

Like most of their problems, Bellami didn’t take action to satisfy their customers. When I contacted them (because they couldn’t tell their customers of their mistake themselves), Bellami said they were out of stock on those accessories and would ship them at later date.

A good eCommerce company would have emailed its customers to let them know about their incomplete order. But instead, Bellami simply waited for the customers to file more disputes. Their go-to response is, “we’re sorry for the confusion!” as if it’s the customer’s fault they can’t get their shit together.

I (and hopefully the rest of their customers) received the complete order at the end of January 2019 (roughly after Jan 24th).

My overall issue with Bellami Wigs is their customer service and overall tact.

Bellami has worked with a ton of YouTubers, which is the only reason their brand is well-known. However, it is very clear that their loyalty lies with their collaborators and not their actual customers. As soon as they secure a deal with an influencer, they hit the ground running with marketing and exposure to hype up their products. But when it’s all said and done, the important aspect of their business (the ordering, the shipping, the customer service) just sucks.

And I get it. Maybe they weren’t prepared for such a high volume orders. Although, this seems difficult to believe (or to use as an excuse) considering they were collaborating with someone with has over 2 million subscribers. And because they’ve done this before.

All in all, what’s the most disturbing about this company is

So if you ever order from them, don’t expect it show up on time, don’t expect a complete order, and don’t expect stellar customer service. You think you could expect those things when you’re spending $100 on a single product… but not with Bellami.

I honestly hope that influencers use caution when working with this company. Bellami may seem professional and enticing from the collaboration side, but influencer, keep in mind that your followers will receive a sub-par experience at best.