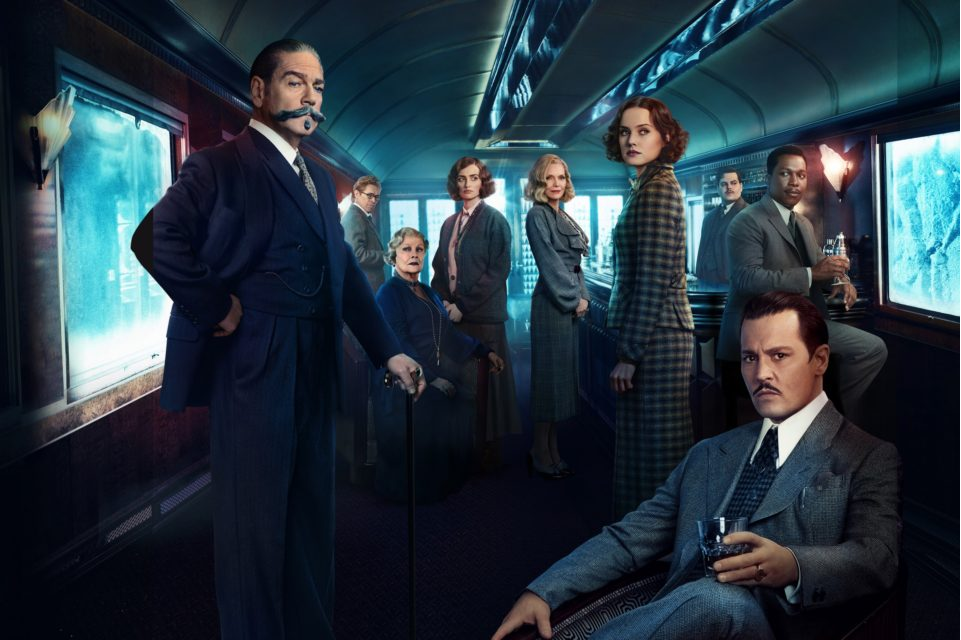 Oscar season is in the air and it’s pretty clear that Murder on the Orient Express  is Kenneth Branagh attempt to snag at least one nomination this year. For the most part, the film is pretty much on point, but it’s hard to tell if it’s a good movie because of Branagh or because it would be pretty hard to screw up Agatha Christie’s epic story of murder. I’m no closer to making a determination on that front, but I have decided that Branagh really likes seeing himself on screen because he certainly gives himself more than enough watery-eyed close-ups. Still, I can’t say he isn’t deserving of them from time to time.

Of course, the story behind Murder on the Orient Express  is a classic and most people know how the tale ends up. However, I’m not going to ruin it for those who haven’t heard the ending yet. As the title states, there is a murder on the famed Orient Express and the suspect list includes a wide variety of characters. Unfortunately, for the murderer the world-famous detective, Hercule Poirot (Branagh) is on board and sets off to discover the identity of the culprit. What ensues is a thorough investigation of each of the mysterious characters on board the ill-fated train.

The one thing that I couldn’t help being distracted by is just how much Poirot seems like Sherlock Holmes. With so many versions of the character popping up in pop culture recently though, this probably is not a comparison Branagh wanted to create for himself. His character is a romanticised idea of OCD. Functional, but being tortured by an obsession with perfection and constantly distracted by every flaw he comes across. While these qualities are presented early on, they are not reinforced enough to truly make his character stand out as a worthy rival to the likes of Sherlock Holmes. However, there is a sense of class and sophistication that does make the character charming in his own way

The cast is made of an astonishing collection of actors, including the likes of Daisy Riddley, Judi Dench, and Johnny Depp. The thing is that none of them get to play truly likable characters, which makes it hard to develop any sort of sympathy for anyone besides Branagh. However, this is just a testament to the quality of performances of the actors. The devil really is in the details and they certainly take great care when it comes to the details of their characters. Despite the performances given, I personally found the true star of the film to be Branagh’s epic mustache. In all seriousness though, it starts as an excentric detail for his characters, but I had a hard time not just staring at it scene after scene. The fact that it is No-Shave November only seems to make it even more appropriate.

Since Murder on the Orient Express  takes place predominately in one location (a train), Branagh tries his best to get the most of out it visually speaking. However, the tricks he attempts to utilize start getting repetitive early on. He consistently uses long pans along the outside of the train to peak in on the characters within. An effective tool, but one that grows old quickly the third or fourth time it’s used. Another trick is the constant use of dutch-angles. A technique traditionally used to show that a character’s world is off balance. However, Branagh starts with it much too early in the film for it to have any thematic significance. Despite what the trailer might lead you to believe, this is not a film that will be recognized for its stylish visuals.

Murder on the Orient Express  is not a bad film by any stretch of the imagination. However, I’m afraid its reach far exceeds its grasp. As an attempt at an Oscar vehicle, I’m afraid it never really delivers anything that makes it truly worthy of such accolades. However, that doesn’t make it any less deserving of your time. While there might be plenty of mind-blowing blockbusters still left to see this year, Murder on the Orient Express  offers a bit of relief from them and delivers a performance-driven film. Hell, that mustache alone is good enough to justify the price of admission. So, despite it not living up to expectations, Murder on the Orient Express is still a film well worth seeing in theaters.