Did Pokémon Steal Music From A Slasher Movie? 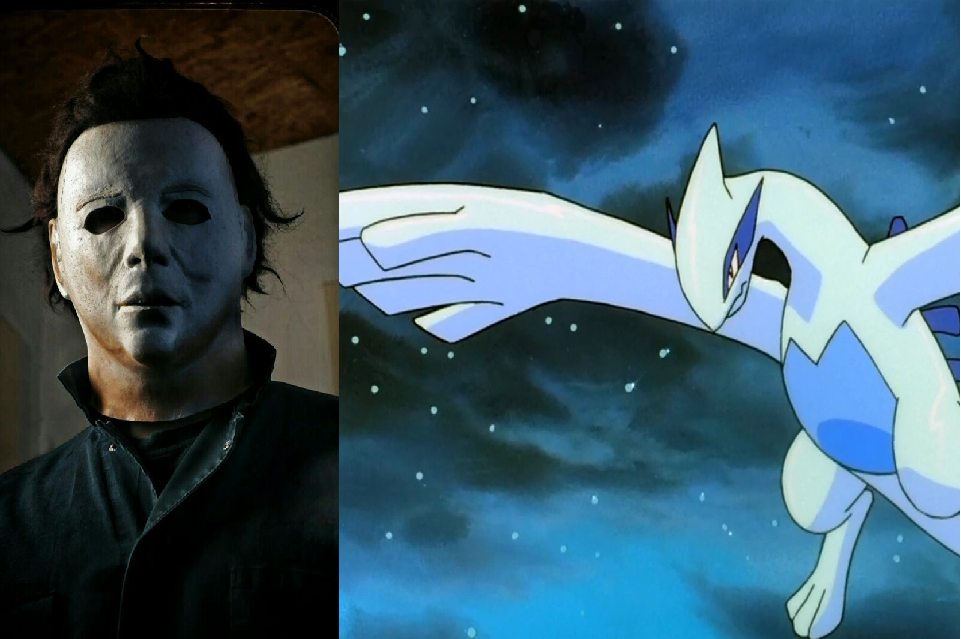 Did Pokémon Steal Music From A Slasher Movie?

What can be said about #Pokémon that hasn’t been said already? Appearing in the mid to late ’90s, this creative adventure RPG was thought by many to be but a passing fad. Instead, it took the world by storm. Now going strong for over 20 years, Pokémon  is one of the most successful licenses held by the game company #Nintendo, second only to Mario himself. Behind its colorful visage of creativity, Pokémon holds a dark secret.

One of the movies may have stolen music from a 1981 slasher film.

Now, let’s start by talking about the slasher genre. Seeds of the genre had been planted before with films like #Psycho and #TheTexasChainsawMassacre, but it wasn’t until both #Halloween and #Fridaythe13th were massive and unexpected box office hits within two years of each other that studios large and small started to take notice. Of the many slasher movies to come out in the wake of Halloween and Friday the 13th, one of the most significant was a little movie called #TheBurning.

The Burning is a Friday the 13th  clone that tells the story of a camp caretaker seeking revenge for a prank that went wrong and resulted in his disfigurement.

The film has several claims to fame. It was the first movie produced by Bob and Harvey Weinstein of the famous Weinstein Company, and the very first feature by Miramax. It featured stunning and grisly makeup by horror guru Tom Savini, who helmed such films as Friday the 13thand Dawn of the Dead. It also featured a talented young cast, not the least of whom was none other than Seinfeld‘s Jason Alexander, sporting a full head of red hair. Others in the cast included Fisher Stevens (Short Circuit), Brian Backer (Fast Times at Ridgemont High) and Holly Hunter (The Piano).

One of The Burning‘s biggest selling points however is its score. Composed by rock legend Rick Wakeman, the music of The Burning  is very unique, with an electronic synth sound that is both catchy and unsettling, a far cry from the string and piano scores that saturated horror cinema of the time. The film’s main theme is highly memorable.

So what does this have to do with Pokémon? Well, let’s jump ahead to the year 2000. The first movie in the series proved to be a monster hit, so studios in Japan and the US wanted a sequel. With the releases of the second generation of games in the series, Gold and Silver, provided the premise.

Set in the newly developed Johto region, Pokémon Gold and Silver expanded on the universe of Pokémon  and improved on it in many ways, sporting new creatures and legends, as well as a more in-depth story. They sold more copies than the first generation, and garnered massive acclaim from fans and critics alike.

The new and expanded universe provided great potential to keep the next film in the series fresh and original. Though it was rushed out to theaters, Pokémon the Movie 2000  was anything but a rehash of the first.

The movie proved to be about as big a hit as the first, breaking $100 million at the American box office. Like the first film, it featured an impressive score, the American version of which was composed by Ralph Schuckett, who has a long career in scoring numerous anime series, including the Pokémon  TV series and Yu-Gi-Oh. The most memorable piece of music for the film is Lugia’s theme, the mythical psychic sea creature and featured Pokémon in the film.

Lugia was a graceful and dignified creature with a kind heart and noble spirit, a perfect companion and protector for the film’s young heroes. This, his theme music, had to match his character — and match the character it did.

However, it also matched a little something else. Remember that theme to The Burning? Well, tell me if this doesn’t sound a little familiar:

Now, perhaps this isn’t too unusual. Pokémon, being the cultural juggernaut it is, does contain several illusions and references to other great pieces of film and literature. The first game opens with a reference to the movie Stand By Me, based on the #StephenKing novella, The Body. The TV show had an episode that served as a direct parody of the 1972 disaster thriller The Poseidon Adventure, and even another slasher film was directly referenced in the series, the ’90s bloodbath I Know What You Did Last Summer.

Still, this revelation was simultaneously unsettling and hilarious for me personally. I’m not exactly a connoisseur of Pokémon (my knowledge ending after the first two generations) That being said, I still have a figure of #Mewtwo right next to my figure of #SnakePlissken from #EscapeFromNewYork. I’m a Pokémon  geek.

I also love a good slasher film. The genre was of great interest to me when I hit high school. I sought out films like My Blood Valentine, The Prowler, Terror Train, The House on Sorority Row  and loved them all. In many ways, Pokémon represented my childhood, and the slasher genre represented my adolescent years. To find the two have this strange link is both very fitting and incredibly inappropriate. The Burning? Really? The movie that gave us Fisher Stevens and his severed fingers? This is where you go for inspiration?

Now, let’s be reasonable here. The Burning  does contain a pretty pleasant main theme that sets it apart from the score for Halloween, Nightmare on Elm Street, and others of that ilk. It’s also not unusual for composers — like many other artists — to draw from those that inspired them to pursue their passions. John Williams, after all, sampled a little bit of Antonín Dvořák’s Symphony No. 9 for the Jaws  theme.

Maybe Schuckett was a fan of Wakeman. Maybe he checked out some of the composer’s more obscure tracks in effort to pay tribute. The theme is, after all, not a note-for-note recreation — just the main chorus.

In the end, this revelation is pretty harmless. Knowing this has been a fun bit of trivia for those in my gamer group. It was a little in-joke that came to be known as “The Lugia Thing” and eventually served as the basis for my college thesis film. Funnily enough, I got into slasher films to escape from the things I loved in my youth. I believed Pokémon didn’t make me cool, so I dug into all those tales of gory glory to be like everyone else. How poetic that journey lead me right back to the Johto region where Lugia was awaiting my return for 10 years.

The Burning  rekindled my love of Pokémon, and I still play these games every so often, though now with a little more caution. Now the Johto region doesn’t seem so safe anymore. Beware, fellow Pokémon Trainers. Cropsy is watching.

What replaced your Pokémon obsession as you got older? Tell us in the comments below!