Back to the Future with Lea Thompson: An Interview 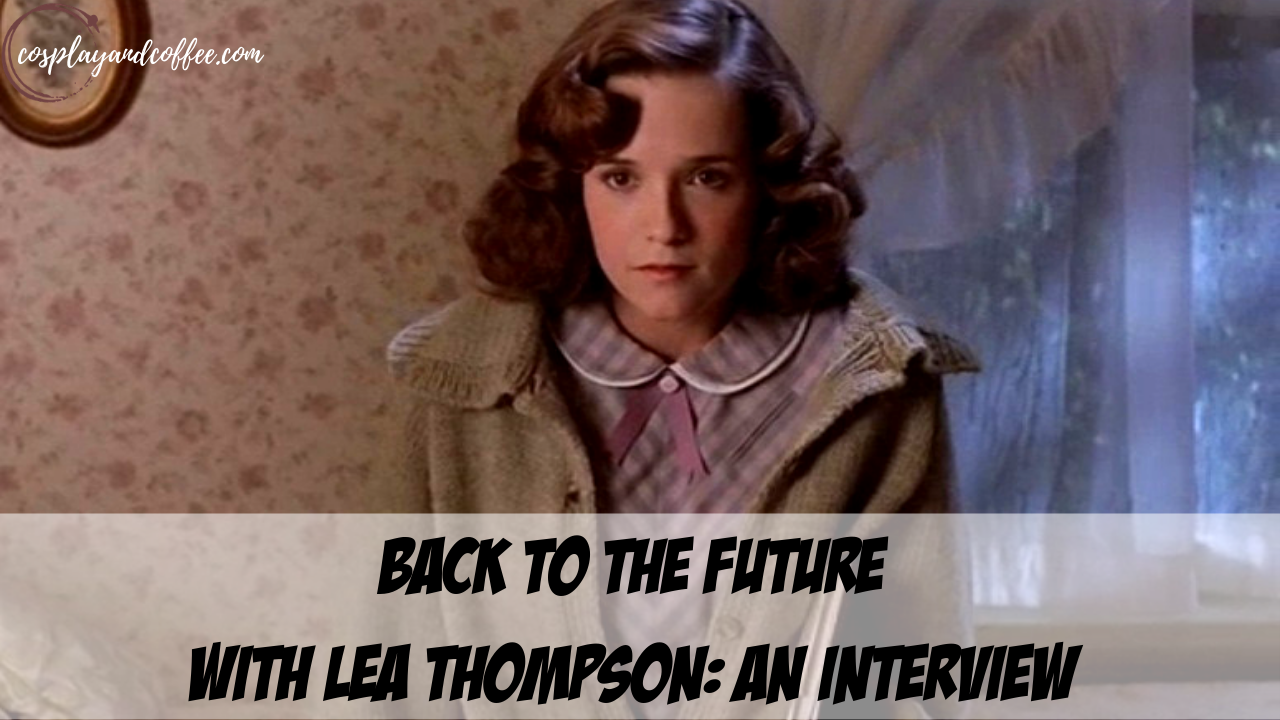 MegaCon Orlando pulled off an unprecedented treat when they announced that the entire main cast of Back to the Future would be reuniting at the convention. Along with a Q&A session, convention attendees had the opportunity to meet the Hollywood elite through photo ops and autograph sessions. I myself took the bait and lined up with everyone else (Marty McFly garb and all) to meet the infamous Michael J. Fox.

I had tried to set up a few Back to the Future interviews with the cast (including Fox, Christopher Lloyd, and Lea Thompson) since I was attending MegaCon as Press, but to no avail.

That is, until the 11th hour when I finally had the chance to interview Lea Thompson herself.

Lea Thompson and her sister were absolutely incredible and accommodating. I was admittedly nervous, not wanting to ask questions that she had heard over and over again, but with only ten minutes to spare…well, I did my best.

I also attended Ms. Thompson’s Q&A with Back to the Future co-star, James Tolkan, on Saturday afternoon and asked her a simple, yet daunting, question. This was before I knew I would have the opportunity to speak with her for a one-on-one interview. So you’ll see that at the end! Here is my full Back to the Future interview transcript with the lovely Lea Thompson, a.k.a Loraine McFly.

Back to the Future Interview with Lea Thompson 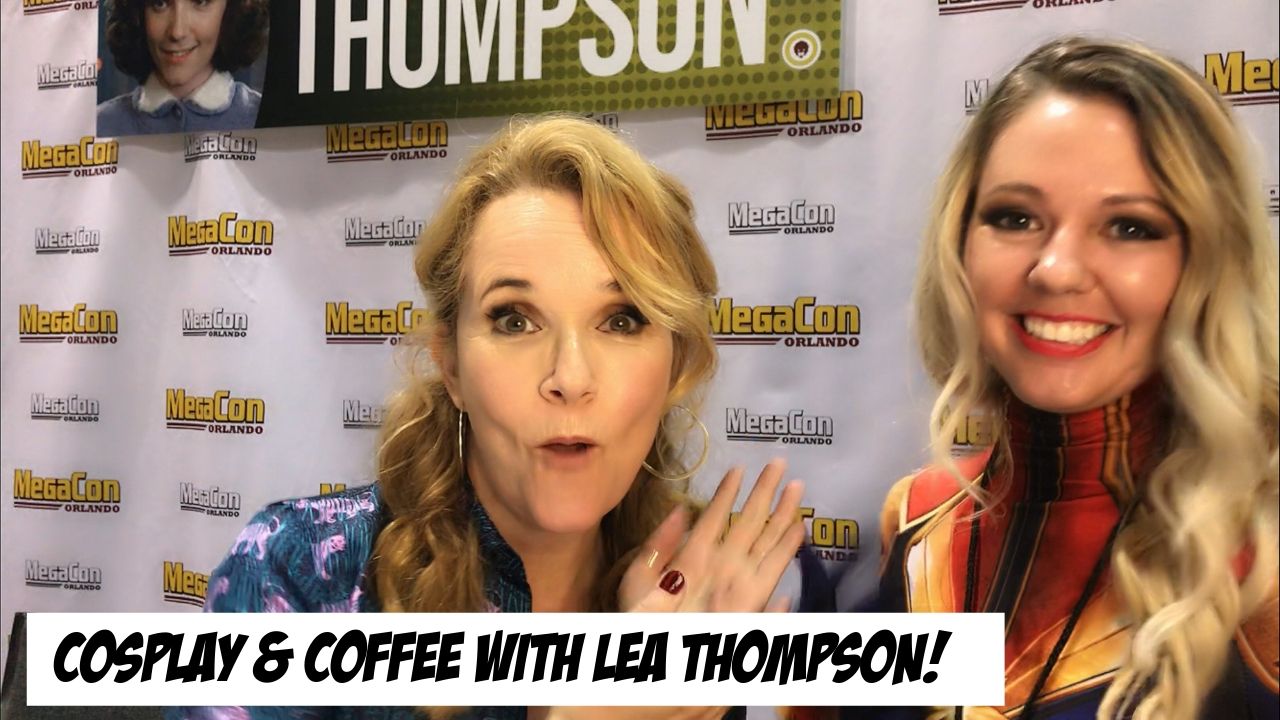 You can watch the live interview on my YouTube channel here!

Full Back to the Future Interview Transcript Below:

Cosplay & Coffee (a.k.a Tiffani): Nice to meet you!

C&C: Alright, hi guys! I’m here with Ms. Lea Thompson who plays Lorraine on Back to the Future.

LT: Good, it’s been great. The fans here are great. It’s a lot of team spirit and I’ve had a great time.

C&C: Yeah? Do you come to a lot of conventions?

C&C: And how often do you guys all get together? Like this weekend we have Michael J. Fox, we have Thomas Wilson right here…

LT: Yes. Uh, not that often. I’d say like three or four times a year.

C&C: That you all get together?!

LT: Yeah so not all… You know it’s hard to get time where we’re all…

C&C: Right, right, all together…

C&C: So, I had a couple questions about…which, hopefully, you haven’t heard too often before because I know you get asked the same questions… What was the first day on set of Back to the Future like?

C&C: No? Were you intimidated?

C&C: And do you remember the last day on set? Like if it was emotional knowing you weren’t all going to be together again working on everything?

LT: Yeah… but then we did the sequel so we spent another year working together. But we didn’t think there was going to be a sequel.

C&C: In terms of conventions and everyone being here, have you seen any Lorraine cosplays?

LT: Yeeeeees! A beautiful one. Beautiful dress — exactly like mine — she had a wig and everything. I’ve seen a few, but that was the best one I’ve seen.

C&C: I have been wanting to do the dress, the prom dress one, for years but I’m not great with sewing so it hasn’t happened yet.

C&C: Oh really? I was wondering if it would be because it looked like it was corseted and I hate corsets, they’re horrible.

RELATED: Will Friedle Talks Growing Up On ‘Boy Meets World’ And In Real Life

C&C: So, what are you working on right now? What can we see you in next?

LT: I am actually directing an episode of Star Girl which is a new show for DC streaming. So it’s really exciting, it’s my first kinda superhero show that I’m directing. But yeah, people are giving me directing jobs and not acting jobs.

C&C: So on Back to the Future, we see a bunch of behind-the-scenes things and it looks like a ton of fun making films, like, it seems like the best job in the world. So is it more work than play, or like, an even balance of both?

LT: No, it’s a lot more work than play. You know, we take it very seriously. There’s a lot of money on the line and yeah… It’s actually quite a long day. So like twelve-thirteen hours and when we were doing all the age makeup it ended up seventeen hours a day so…

LT: No, only five days a week…

LT: But they used to be able to do six days a week, but no, the unions came in and said no. It’s very long hours.

C&C: Well, I’ll let you get back to your convention.

C&C: Thank you! No problem.

LT: Thank you, guys! Come to the comic-cons! Support your local cosplayers! Woo-hoo!

C&C: Thanks, guys and I’ll see ya next time.

And a bonus question I got to ask her on Friday at her MegaCon Q&A panel with James Stewart Tolkan:

C&C: I feel like this happens a lot with movies, especially recently, and they get made into sequels. What would your thoughts be if they were to remake Back to the Future?

LT: We get asked this question a lot and Bob Zemeckis still owns the rights, they didn’t make a sequel deal or anything, so we got all the rights. and they said repeatedly ‘over their dead body.’

But! They just announced today that they’re making a musical. So I’m preparing,